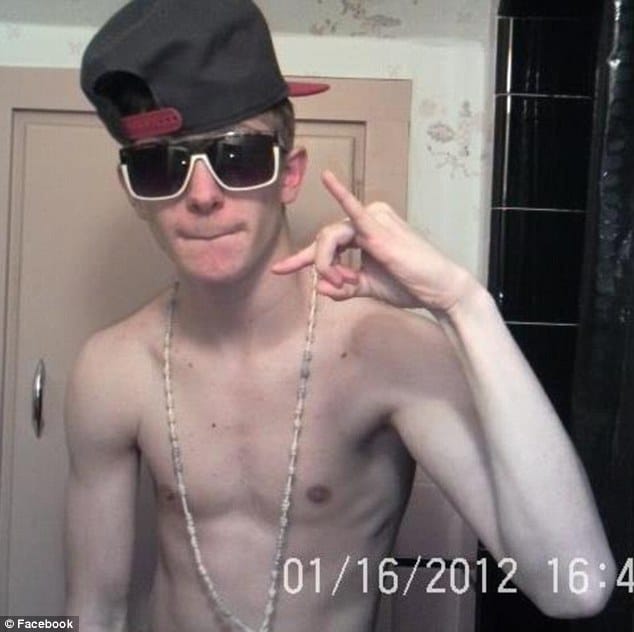 Here’s something that ought to concern those of you who value freedom of speech. It involves the recent arrest of 18 year old rapper Cameron D’Ambrosio who is now facing 20 years behind bars and bail at a million dollars for the simple crime of posting lyrics on Facebook that disparaged the Boston Marathon massacre.

Agreeably not fun stuff or particularly savory but one has to wonder what’s going in the world when an individual can find himself in deep shit because they chose to express themselves in a way that many of us would find unpalatable. Yes he did make death threats, but so do many rappers, and no he did not make death threats to anyone in particular. He was simply jiving his unique brand of nihilism. That said does that mean Cameron D’Ambrosio ought to be arrested and brought up on terroritst charges?

gawker: At approximately 12:20 pm, one of his (school) peers alerted MHS administration that the Methuen native had posted “disturbing verbiage” on Facebook, lyrics menacing enough for the school to call the city police.

“He posted a threat in the form of rap where he mentioned the White House, the Boston Marathon bombing, and said ‘Everybody you will see what I am going to do, kill people,'” Methuen Police Chief Joe Solomon paraphrased to the Valley Patriot.

Yet here’s where things become nebulous:

It’s unclear what D’Ambrosio wrote exactly, but it’s tough to believe that whatever ill-advised lyrical whimsy he shared justified this response. Even the police are quick to clarify that his verses were vague. “I do want to make clear he did not make a specific threat against the school or any particular individuals but he did threaten to kill a bunch of people and specifically mentioned the Boston Marathon and the White House,” Solomon told the Valley Patriot. “The threat was disturbing enough for us to act and I think our officers did the right thing.”

Kids, are we reading this right? Some 18 year old doofus goes out of his way to rap and post shit that many of us would find disagreeable and dodgy but in the end gets hauled in on terrorist threats? Tell me who is the real terrorist please?

What’s more, when police did search D’Ambrosio’s house, here’s what they found: an XBox and a laptop. Since that wasn’t damning enough (yet), “Detectives are also looking deeper at his Facebook page,” reported the AP. The Valley Patriot also took a look:

He also had a disturbing satanic photo posted as well as a photo of himself on a “Wanted Poster” that reads “Wanted Dead or Alive” [sic] a quick perusal of his Facebook page shows D’Ambrosio’s unusual interest in gangs, violence and a criminal lifestyle.

But don’t you worry cause the police are real happy about undermining what they surely thought was the next satanic Jihad whatever crazed bomber that was planning on bombing your life away.

The moral of the times? There’s lots of terrorism all right but it isn’t necessarily coming from punk 18 year old kids…Geesh, maybe it’s simpler to keep some of your wack thoughts to yourself unless you don’t mind facing ridiculous charges for wack self expression.

Big Brother is indeed watching over you bixches…so much for your so called rights at freedom of expression.