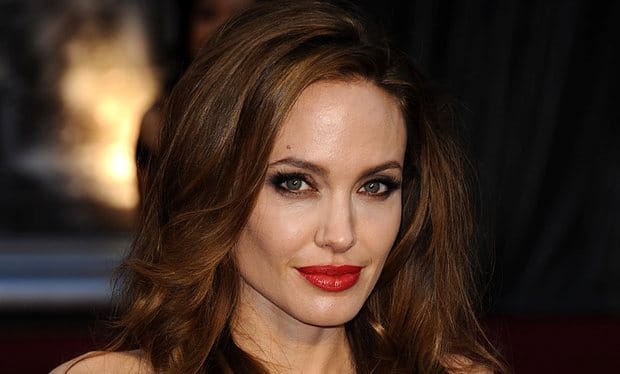 Angelina Jolie tells why she had double mastectomy. A history of self mutilation…?

Angelina Jolie proves that she considers her health and the well being of her children as her top priority.

As a rule, I try not to let celebrities influence how I think. I honestly could care less about most of the controversial opinions that movie stars and pop stars alike seem to be spurting out from their twitter feeds. For a good rule of thumb, anybody who has made a living off of posing half naked or delivering one liners in an action flick, is usually not an expert on politics, foreign affairs, or dramatic ethical debates. My general distaste for celebrities having any influence on society is a pretty big deal for me, especially when you consider I grew up in a state that had the genius fucking idea to elect Arnold Schwarzenegger as governor.

Anyway, my general who-gives-a-shit-about-Hollywood attitude was put on hold today when I learned about Angelina Jolie and her incredibly lucid decision to have a double mastectomy as a preventative measure against breast cancer. Her essay, which was published in the New York Times, reflects on the reality of breast cancer on her family. She recounts the death of her mother and admits that she has a faulty gene that will almost guarantee that she will eventually develop breast or ovarian cancer.

Jolie talks about her children and how they strongly influenced her decision. She encourages women to become more aware of the risk of breast cancer and recounts the procedures that she has undergone for the past several months. She described the procedure as “feeling like something out of a science fiction film”.

Why does any of this matter? Well, Angelina Jolie is something of a movie star; you might have already known that. And as is common with Hollywood, there is an almost unhealthy obsession with superficial beauty and sexiness. You consistently read articles about actresses and models going to incredible lengths to attain an unrealistic body type. It seems acceptable to risk your own health and well-being in order to look a certain way.

So it is rather interesting that an actress like Angelina Jolie, who is widely regarded for her beauty and incredible figure, would make her health a priority over her physical appearance. Granted, the procedure is rather sophisticated and usually will create implants that  look just like the original body part. However, there are plenty of people who, if faced with the same circumstances, would say ‘fuck it, I’ll take my chances’.

This sort of action really does go counter to the type of superficial, narcissistic attitude we have come to expect from Hollywood actors. And it represents a blow against vanity and a stance for reason and setting appropriate priorities. I’ll admit, I am rather impressed with Angelina Jolie. I don’t know the woman, but I would say making this choice for the future of her children is admirable; young woman should have more role models like this.  Here’s to you Angelina, you really are an inspiration.

the above image can be found here