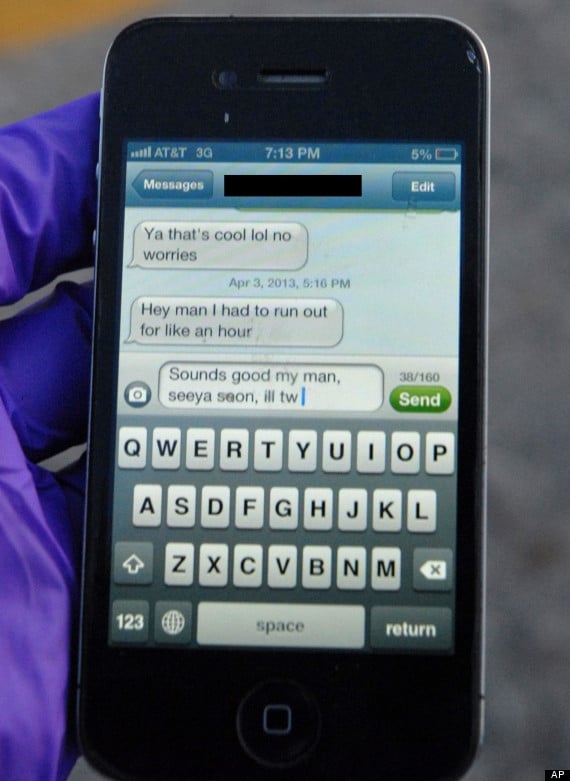 In perhaps in an effort to reflect on the senseless death of their son, Alexander Heit, the University of Northern Colorado parents have chosen to release to the public an image of their son’s fatal last text the moment before he veered onto oncoming traffic and was killed.

The text never sent in response to a text Heit had received from a friend went on to say the following:

“I can’t bear the thought of anyone else having to go through something like this,”

“Please, vow to never, NEVER text and drive. In a split second you could ruin your whole future, injure or kill others, and tear a hole in the heart of everyone who loves you.”

While laws have been passed and public announcements made, texting and driving is still happening. “Unfortunately, when we think to ourselves, ‘I’ll just do it this one time,’ we are fooling ourselves,” said Chief Jerry Garner. This “one time” may be the only time. The Heit’s are sharing their tragedy and loss, in hope that through Alex’s story, others may realize and recognize just how dangerous texting and driving is. If this tragic, senseless accident can be a learning experience for others, perhaps others will be saved.

Interestingly gawker goes on to mention the following:

Colorado banned texting and driving back in 2009, but, as Denver Westword’s Latest Word points out, the law was subsequently mocked by Boulder County Sheriff Joe Pelle as a “feel-good” law that “will be difficult to enforce.”

Then again as dramatic as the unfinished image is one can’t help but wonder how most of us feel invincible in a society that nurtures us to aspire to the magnificent and to achieve feats at almost any peril to our own well being…of course nothing can ever happen to us until that is it does. Blah!