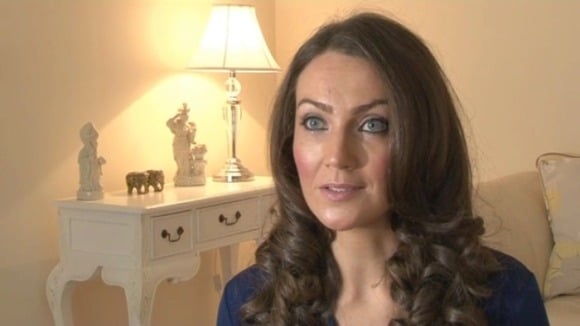 It seems keeping up with appearances requires real work after all. Take for instance Kate Middleton look- alike Heidi Agan who has now found herself forced to buy varying degrees of fake baby bumps to keep up with her assignments.

The royal doppelgänger who left her previous waitressing job now spends her time cavorting the world earning herself ever increasing large fees in as she plays her new assignment of being a stand in Kate Middleton.

That said her duties have become a touch more complex as she is now forced to deal with the realities of Kate Middleton’s actual pregnancy which has forced her to now seek out various fake baby bumps.

Tells Agan to the BBC:

“As Kate grows I will too – to be authentic I thought it was important,” she said.

“It’s difficult at the moment as she’s not big enough yet to change her entire wardrobe so it’s difficult to see how she’s’ going to dress it.”

Who could imagine keeping up appearances would require so much work? But fortunately for Agan her rising appearance fees allow her to keep participating in a new career which has also now allowed her to save up for a rainy day.

Ms Agan follows social media news about Kate Middleton to ensure her own wardrobe matches the duchess’, and practices “her look” daily.

“The most expensive shoes I’ve bought as Kate were about £200, the dress was about £300 – which I don’t think is that bad considering her original evening wedding dress by Alexander McQueen would have cost ten of thousands of pounds.

“I have to get the clothes, the mannerisms, the way she stands and interacts with William right. Things like that are all very important if I want to be the best.”

Who would have thought happening to look like someone could open so many possibilities and opportunities even if it requires one to make necessary changes in keeping up with appearances. Not that you care about appearances, or do you?

To Plan a Wedding