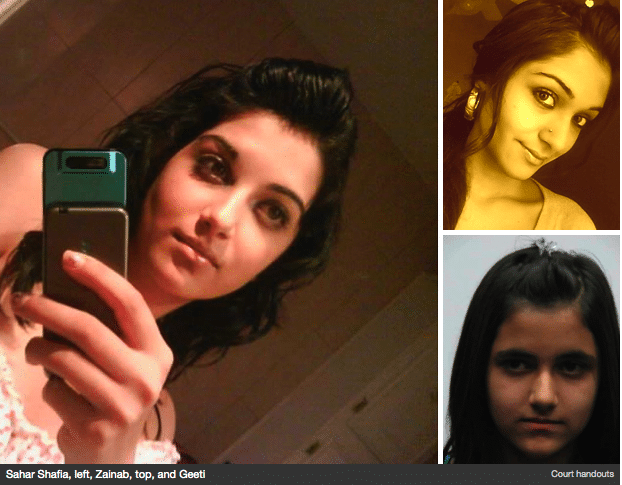 Four lives down the drain because of a twisted notion of honor.

Three members of a Montreal family will be facing life imprisonment after being found guilty of premeditated murder of the family’s 3 teenage daughters and their father’s first wife which the judge described as premeditated ‘cold-blooded, shameful murders on  a twisted notion of honor.’

On trial were Mohammad Shafia, 58, his second wife Tooba Mohammad Yahya, 42 and their 21 year old son Hamed, who upon hearing of the verdict collapsed to the ground crying uncontrollably. The trial which had been going for 3 months took 15 hours before the jury reached its verdict.

Argued an incredulous father as he took to address the judge after the verdict was reached through an interpreter:

“We are not criminal. We are not murderers. We didn’t commit the murder and this is unjust.”

Said Judge Robert Maranger: “You have each been convicted of the planned and deliberate murder of four members of your family. It’s a verdict clearly supported by the evidence presented at this trial. It is difficult to conceive of a more despicable, more heinous crime. There is nothing more honourless than the deliberate murder of, in the case of Mohammad Shafia, three of his daughters and his wife, in the case of Tooba Yahya, three of her daughters and a stepmother to all her children, in the case of Hamed Shafia three of sisters and a mother.

Domination of women? Which posits the idea why was such a point of view so vindictively applied? Were the guilty family members so offended and outraged by the daughters aspirations to date (which had given rise to the honor killings), as most healthy young women aspire to do in a Western culture where this family happened to live? Didn’t they release their attempt to harness the thoughts and actions of these young women went in the face of the rights of that a whole society has fought so hard to uphold over years of liberation? Did they have that much disrespect for the law of the land that they lived in that they actually thought they could get away with these so called ‘honor killings?’ Did they really think they could turn off the hormones of young women who were only behaving what came naturally? Were their ideas of what passed for proper treatment of these girls so misaligned and so steeped in parochial disregard and disrespect of a zealous culture that at its heart seeks to subjugate and demean women?

How could anyone interpret the subjugation of a woman’s free will especially since she only behaved in a way that came naturally and was widely exemplified in the wider culture as a disgrace that needed to be dealt with via the eradication of her life? But more curiously how is that the offending family members couldn’t see through this stark disposition and understand that ultimately no matter how they felt about the daughters dating, and how uneasy it made them feel they should never resort to some course of action that would see their children murdered at their own hands… 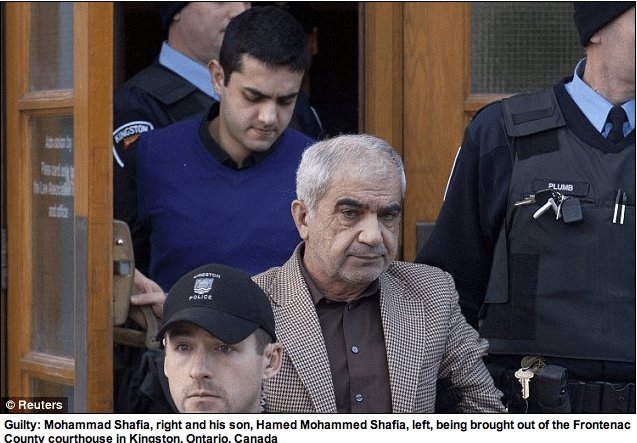 The facts are as follows:

Shafia sisters, Zainab, 19, Sahar, 17, and Geeti, 13, were found dead June 30, 2009, inside the family’s Nissan Sentra that was discovered submerged at the bottom of the Rideau Canal at Kingston Mills, a lock station on the Rideau Canal in eastern Ontario. Rona Amir Mohammad, 52, also was in the car. She was Shafia’s first wife, whom he married in his native Afghanistan before the polygamous family moved to Canada in 2007 and settled in Montreal.

All of the victims had drowned but examinations could not pinpoint where and how they drowned. At contention during the trial, was whether Mr Shafia’s actions and that of his son and second wife had actually led to the physical and direct death of the daughters and Mr Shafia’s first wife.

Maintains Mr Shafia’s lawyer, Peter Kemp who is considering whether to appeal the verdict:

In one recording, Shafia said: “May the devil shit on their graves.”

What though may have swayed the jury were the accounts of six separate accounts of murder plots and the fears that the murdered had expressed countless times to those around them that they actually feared being murdered in the foreseeable future. 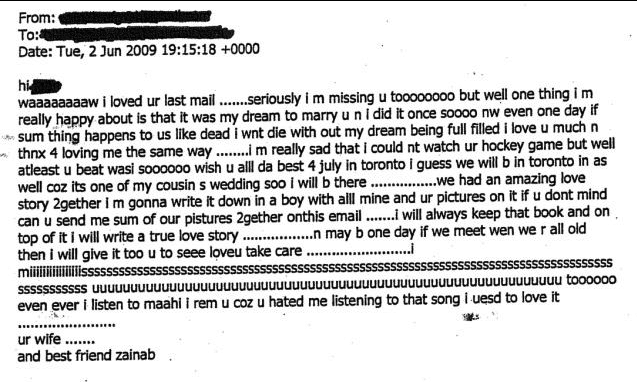 Javid, who lives in Sweden, said Shafia tried to recruit him, in a telephone call, to lure Zainab to Sweden, where she and her father and uncle and other family members would go on a picnic near a river or ocean.

“He told me that we will put her in water and drown her,” Javid testified.

It is understood once the Shafias complete their prison sentences, they are likely to be deported to Afghanistan. Although the first chance at parole will not happen for at least 25 years. 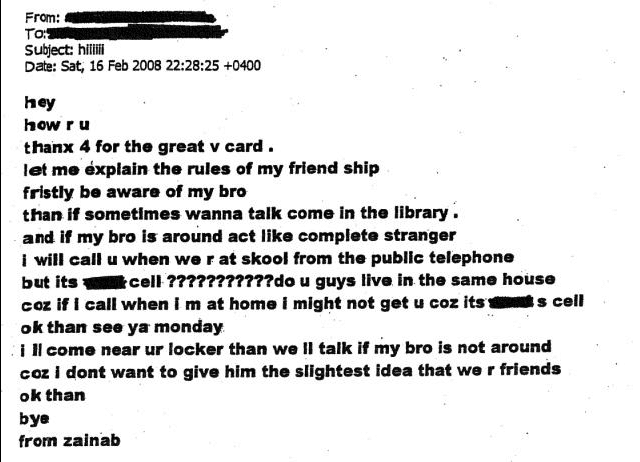