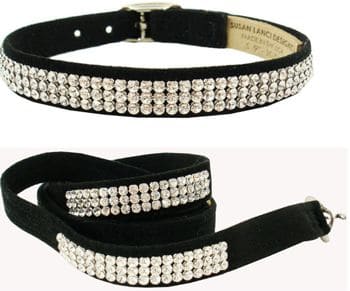 Scandal still packs a punch in central Arkansas, especially, I imagine, when the transgression involves a) outing the sexuality of a local news personality, b) connecting said local news personality with a death or possible murder, c) drug use, and d) when said death took place in a bathtub with a chain around the deceased’s neck.

Arkansas News reports that police questioned Brett Cummins of Little Rock TV station KARK on Labor Day regarding the death of 24-year-old Dexter Paul Williams. Dexter (nope, that Dexter would have been the perp, not the victim) was found by house owner John Barbour early Monday morning after Barbour awoke to loud snoring.  Checking the house, he discovered Dexter in an empty bathtub next to a sleeping Brett Cummins. When Brett Cummins awoke to find Dexter asleep on his shoulder, his face purple in color and completely unconscious, he promptly vomited. (A natural response to waking up to a dead lover, I’d say).

According to Barbour’s statement, he had invited his ‘best friend’ Brett Cummins over around 8PM Sunday evening to do drink and ‘use illegal narcotics’.  Cummins had brought Dexter, and the three got into a hot tub around 10PM. Barbour crashed soon after on the couch.  (Also a natural response to drugs plus alcohol plus hot tubs).

While waiting on the police, Brett Cummins, always the conscientious guest, cleaned up his puke then got the hell out of dodge, only later to return to give his statement. Maumelle police officer Greg Roussie was on the scene, found Dexter cold and a ring of blood around the drain of the tub, and his vivid writing gives us a peak into police reporting in addition to a description of the kind of kinky bondage that took place the night before: “The chain [around Dexter’s neck] was silver in color and consistent with what I believed to be a dog collar.”

A dog collar. People are just getting to accept homosexuals, Brett Cummins.  You have to rub their faces in this morbid fetish?!  Here we are, trying to prove how normal we can be, monogamous, healthy, married and boring, just like everybody else, then this weatherman comes along to throw a wrench in our plans.  One step forward, two steps back in Arkansas.

Forsooth, Brett Cummins looks like a regular old joe that got caught up in a wild night, but his colleague, anchorman Bob Clausen, essentially threw him under the bus today by telling viewers Cummins was “at the home at the time of the death… [and] Brett will not be on air while mourning the loss of his friend.”

I don’t know what we can expect, though, when a public figure—albeit a small-time weatherman—is publicly connected with drugs, alcohol, gay sex, and dog collars. But hey, look at Nicole Kidman’s character in To Die For.  Her meteorologist was involved in all sorts of scandalous activities, and she did okay for herself.  Oh wait, somebody ended up murdering her.  Well, here’s hoping Brett Cummins have better luck in the future.  Only can go up from here!