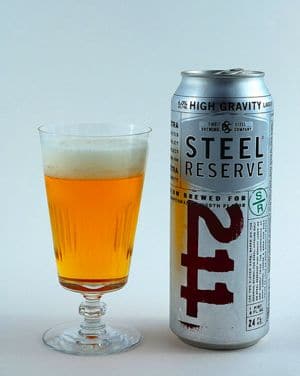 Here’s an interesting case. A woman walks into a store and whilst she is there decides to walk out with a single 24 ounce can of Steel Reserve beer without paying for it. Unfortunately for her she gets caught on the way out. Oh well you think, she’ll just reach into her purse and sheepishly give the store clerk the $1.50 it costs and maybe a $5 tip on top for not bringing the incident to the attention of authorities. But that unfortunately is not how things went down this Thursday afternoon at one Boise, Idaho convenience store.

Instead the store clerk called the cops on her who then turned around and charged Victoria Hill with intent to steal. So here’s the grouse when it comes to stealing: when you intend to steal something that amounts to felony. When you on the other hand just take something without having purposefully intended to take it in the first place that amounts to a misdemeanor.

Now why should that matter? Well it does, and here’s why:

Since Victoria Hill, walked out with the beer hidden in her purse, as well past a few open cash registers that in the police’s opinion was tantamount to intent, which translates to a felony in the state of Idaho. A felony in the state of Idaho in case you didn’t know will potentially get you a ten year stint behind bars, and no less than one year.

Not a very good risk reward if you ask me. But then again, if a white collar criminal can embezzel a few million dollars from his company or trade on insider tips all for a two -three year sentence, who am I to argue about some hapless woman who could now be facing ten years for taking of with something worth a measly $1.50?

Since records show Victoria Hill pleading guilty to grand theft in 2004 as well as being convicted of driving an unsafe vehicle last year (yeah I can see the correlation too) officers were left no choice but to book Victoria Hill on a felony.

To date Ms Hill has requested a public defender but none as of yet has been assigned to her.

If you ask me there’s something terribly wrong in Idaho with the way it applies its laws, but then again I only make it a point of stealing $1.50 beers in the state of NY.