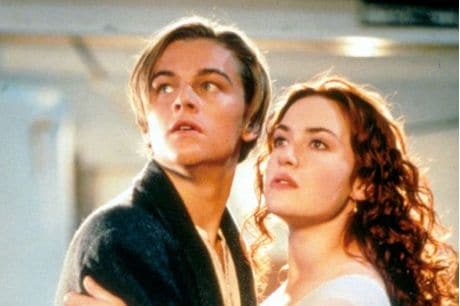 Harry Potter and the Deathly Hallows Part II is the final film of a magical series that has enraptured millions worldwide, myself included, for over a decade. Such was my excitement over the film, which opened over a month ago, that of course I booked my tickets online on Fandango for opening week Friday night a week early. After all, nothing beats the opening weekend big screen experience. Fast forward to the night of the movie. My friend and I get to the movie theatre at 68th and Broadway 30 minutes before show time, and we find that there was a line filled with Potter enthusiasts already formed that had snaked around the block.

By the time we managed to enter the theater, it was pretty much filled to the brim, except for the first three rows and isolated single seats scattered throughout. So, my friend and I had to settle for third role from the front, approximately 15 feet from the ginormous screen, which meant a neck ache ensued.

This is the American cinema-going experience: The (il)logic of its free-seating policy means that someone can buy a ticket a whole month earlier, and still end up sitting in the front row. The early bird catches no worm here. The mind boggles as to why American theater operators use such an inefficient system: In order to ensure great seats for a movie, one has to arrive hours early to the theater, and waste his/her time waiting in line.

Indeed on my way into the theater, I noticed a long line already formed waiting for the next Potter screening – an hour later (!). Why can’t operators switch to a system where seats are issued, or better yet, chosen by customers, at the point of purchase? That way, people can just buy their tickets online early and show up at the theater at show time.

Customers thus have an incentive to buy tickets early since you are guaranteed good seats à Isn’t that better for you, AMC? I’ve been to cinemas in Singapore, Malaysia, the UK and Greece and nowhere does such an inefficient free-seating policy still exist. And its not like this system is pervasive across industries in the U.S. Arena and stadium events all have choose-your-own-seats-in-a-first-come-first-served-order arrangements. Can you imagine the pandemonium on concert nights or game days with a free seating system?

So why do American theater chains persist with this waste-of-everybody’s-time system? I proffer a few possibilities:

$$ à At big chains like AMC, it’s de rigueur to have 20 minutes of advertising before the movie actually starts. With assigned seating, seasoned movie-goers might knowingly arrive 20 minutes late and skip the ads. Perhaps advertisers pay chains to not upgrade their systems, ensuring customers are forced to arrive punctually and sit through the ads.

$Again having to arrive early to get  a good seat, movie-goers likely have to forgo a meal before the movie, ergo a captive and hungry audience for concession stands, with their 350882% markups.

A Pavlovian rejection of anything perceived as ‘planned’ – The American mythology has always been one closely linked to laissez-faire, free market ideology, which is why the world ‘socialist’ is used as a derogatory term by many. Perhaps anything that is remotely ‘planned’ – like assigned seating – is anathema to the laissez-faire Wild Wild West spirit of America.

Community building à Sure, they may be a little coo-coo, but the Potterhead/Twihard/Trekkie fans who camp out two days to one week ahead to get tickets probably enjoy the entire communal experience, as they get to bond with fellow crazies. And on a lesser level, maybe it is so for casual moviegoers who have to get in line hours early.

With the internet paradoxically fostering virtual communities while augmenting physical isolation, movie-going, and by extension, waiting in line for said movie, is one of the remaining shared experiences we still enjoy. After all, how many of us have bonded with people in the queue ahead of us with an exchange like this:

“Is this the queue for Insert-blockbuster-opener-of-the-week?” [Said in an incredulous tone]

“I know, right” [Said in an empathetic tone]

And if you’re going on a date, waiting in line provides a golden opportunity to chat. There’s already a ready-made icebreaker  – complaining about having to queue.

Exercise – Are Americans leading increasingly sedentary lifestyles? Certainly not movie-going ones.. Go to