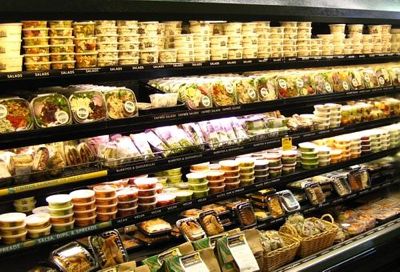 Let me just be upfront and say I have always been ambivalent about gawker, the domain where the original fuck you resignation letter of a disillusioned Whole Foods employee ended up. Part sensational, part meandering to preconceived expectations and the other part hyperbole spinning a story for every tear drop in the tri state area, Gawker’s treatment was to be deliciously expected . But in the end Gawker did manage, after the jokes and the snark were all said and done to raise a few questions about how corporate America really works and what’s at stake and the peril that exists.

That said, let’s explore together some of the responses Gawker’s readers offered in light of this unfolding drama, it just might help us come to a better understanding about the dogma called ‘if I blow a smokescreen up your ass, will you always believe me?’

First, it would beguile us to republish the individual’s response who first wrote the fuck you letter, to the unfolding drama. Tracked somewhere in South Korea, they had this to say about their letter which ended up going viral. Which is to say, they had no idea it was ever going to be published or going viral, but something tells me they’re quite glad it did anyway.

I appreciated your article. Even the criticisms. However, this wasn’t supposed to go public. I don’t really want any attention or to intentionally publicly humiliate anyone. Even Whole Foods, as much as I obviously can’t stand them. I didn’t really consider, when sending it out to the mid-west region, that someone might take it public. Obviously, in hindsight, that was quite the oversight. Haha. I’ve worked in a lot of retail jobs. Zellers, Wal-Mart, Loblaws, Rogers Video. Not a single one even came close to making me feel the way Whole Foods did. Primarily because they don’t misrepresent themselves to the extent that Whole Foods does. They were also filled with much more stand-up, honest people. I wonder if the Whole Foods “culture” somehow breeds this… Anyway, yeah, I would have changed a lot in that email if I had known it would go public. There are things in it that only employees would understand. And even some that only the store I worked at might understand. So I completely get why someone might think I’m a “dick” for sending it. I also would have spent a little more time proof reading! Hippy -> Hippie. Hah. Also, the letter was also a collaborative effort. Quite a bit of it is from other employees. I just edited it to keep them anonymous.

Thank you for removing all the personal details. I really appreciate that. I kind of just want this to pass so I can forget about that place and enjoy my time in South Korea.

My immediate response is had this man changed the letter before sending it out, it probably would never have made it to the public conscience in the first place. Secondly, one has to wonder how many other employees feel as equally misbegotten as this individual. Thirdly, while were at it, how many consumers feel misbegotten about the Whole Foods experience, if any? After all, as much as people love to complain, everytime I have ever gone to Whole Foods, the place is jamming like no tomorrow. So on some level, to the company’s defense it has done a great job of providing food that people seem to enjoy and more over a type of experience that most of us have come to savor given the fact most of us live in concrete jungles where the idea of even growing a tomato seed is as foreign as a vista pool waiting to greet us on the front porch. 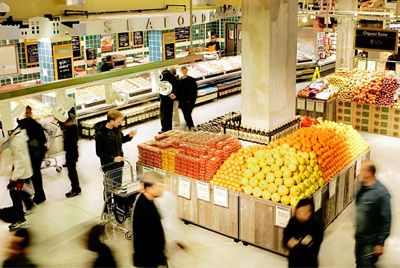 But then the alarming part sets in, offers the original letter writer in his second act: Primarily because they don’t misrepresent themselves to the extent that Whole Foods does. They were also filled with much more stand-up, honest people. I wonder if the Whole Foods “culture” somehow breeds this…

Does Whole Foods really breed dishonest people or is it just the mandate of an industry that requires  a certain code of conduct to be reinforced if at the end of the day the customer is to be kept happy (never mind the worker, as the above individual has alluded, but can’t we say that about most industries too?) ?

In the end it could be a question for economists, consumers, employees and the market as a whole as it grapples with the sometimes conflicting demands of an industry, its employees and that of the