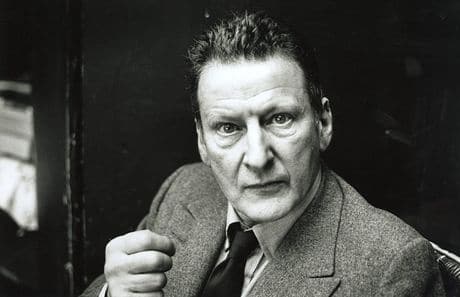 For all intensive purposes Lucien Freud was the rake of the art world. The dandy that didn’t care what you thought of him, just what you thought of his work. And the truth is we all loved his work even if it went against trend, convention and insisted on traumatising us with his real life portraits and moments of human stasis.

The grandson of Sigmund Freud (something I imagine we are all suppose to guffaw at) the prodigious painter who lived to paint made a name for himself back in the 1950’s when he was palling around with Francis Bacon in NYC, even then getting on with the heady task of evoking his self torture and that of his constituents onto the canvas. After all this was a man who had seen the fall of the free wheeling Weimar republic and the rise of the fascist Nazi movement in Germany, before immigrating with his family to the UK.

His favorite repose was that of the naked poser. Naked in physicality, but more naked when we began to ask ourselves some brutal questions. How could the fat lady be so vile and yet so gorgeous in a perverse way? What about the Queen whom he painted (fully clothed mind you) with a deep repose of utter congestion and abominable contempt for the world she had been asked to serve. Not politically correct. But isn’t that what an artist should be allowed to explore, or is he to be boxed into what is trending and what works best against the new mahagony dresser in the master bedroom?

In the end a master painter, artist, aesthete passes away and in his place a hungry burden of talent dares to become the vacuum he has left behind, and inevitably someone will. Because we need them to. It’s people like Mr Freud that inspire us with our collective lot, no matter how ghastly or appealing it all may be at any moment. Especially at death.

Rest in peace Mr Freud, because we certainly wont…