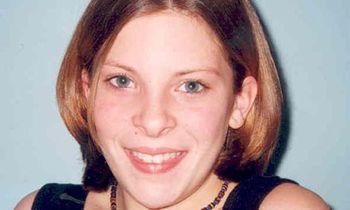 News of the World, a Rupert Murdoch entity, is implicated in a phone-hacking scandal after reporters allegedly accessed messages from Milly Dowler’s cell phone, a 13 year old girl who went missing in 2002 only to be found dead six months later.  Amidst a police investigation into Dowler’s disappearance, journalists were intercepting and deleting messages from Dowler’s phone, giving the girl’s family false hope that she was still alive, deleting the messages herself.

The Guardian has investigated the scandal along with the Scotland Yard, finding evidence that private investigators obtained phone numbers pertaining to the Dowlers.   “Then, with the help of its own full-time private investigator, Glenn Mulcaire, the News of the World started illegally intercepting mobile phone messages. Scotland Yard is now investigating evidence that the paper hacked directly into the voicemail of the missing girl’s own phone. As her friends and parents called and left messages imploring Milly to get in touch with them, the News of the World was listening and recording their every private word.”

Tabloids hiring private investigators to effectively and illegally spy on subjects has been standard practice since Confidential’s innovative (though quite morally dubious) approach to journalism in the 50’s.  News of the World has been implicated in hacking celebrities like Sienna Miller and Hugh Grant’s phones, as well.  Milly Dowler, though, was a victim of a crime.  Hardly a public figure, in no way implicitly asking for the public’s scrutiny, her story inspires sympathy towards an unknowing victim of tabloid misbehavior—a slight variation on the sort of tabloid scandals we usually see.

The Guardian: “The News of the World’s investigation was part of a long campaign against paedophiles championed by the then editor, Rebekah Brooks.”

According to chain of command, now that PI Mulcaire has taken the blame, Rebekah Brooks stands to fall on her sword as editor-in-chief.  She released her own statement attesting to her horror at the allegations.  Deny as she may, Brooks as editor remains responsible for any questionable reporting that comes out of her journal.

The Dowler family’s lawyer, Mark Lewis, told the BBC: “You have to ask the question: who was at the News of the World thinking it was appropriate to try and hack into the phone of a missing young girl, and what was Glenn Mulcaire thinking of at the time to take those instructions?” he said. “Both of them should have had common decency, moral right, to turn around and say, no, they weren’t prepared to do that.”

Culpability will no doubt extend beyond Brooks, though.  The New York Times further points out that “the alleged hacking in this case occurred in 2002 — five years before News of the World’s chief royal reporter, Clive Goodman, was jailed along with Glenn Mulcaire, an investigator hired by the paper, after they were found guilty of intercepting the phone messages of members of the royal family. The Dowler case is the first to indicate publicly that similar behavior had occurred before.”

Now that the duration of the scandal has been extended, this revelation, then, exposes how symptomatic this sort of journalistic practice is.  Given the rabidity of the British tabloid press as well as its implication of the Rupert Murdoch brand of sensationalism, the scandal seem the tip of the iceberg, poised to call into question the widespread practice of the press.

More than that, this scandal potentially shatters our illusion of privacy.  Everyone I know uses a cell phone is and is on the Internet; information that we share on techno-social platforms is ripe for the taking.