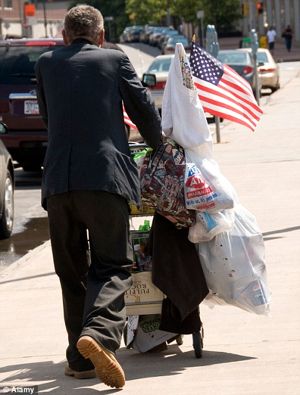 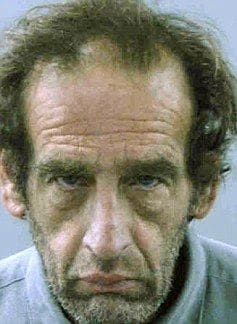 Down and out Max Melitzer no longer understands the meaning of the world.

dailymail.co.uk: Down-and-out Max Melitzer was ‘in shock’ after private investigator David Lundberg found him pushing his shopping cart around a park in Salt Lake City and told him the good news.

Lundberg declined to disclose how much money Melitzer will receive, but said the man’s brother died of cancer last year and left him a ‘significant’ amount in his will.

Melitzer has been homeless for years and last had mail correspondence with his family in September. But when family members gave him a number to phone, he never called.

At present no news as to why and how Mr Melitzer had come to be homeless and why as it appears he chose to stay so especially since his family may have been well aware of his plight- which suggests either they chose not to tend to Mr Melitzer until his brother’s death or the fact that Mr Melitzer was so embedded in the life of a homeless man living in abject despair that to imagine or hope for an other alternative was too much to bear or conceive. Or it could simply be a case that Mr Melitzer’s family genuinely had no real appreciation of the severity of Mr Melitzer’s situation, something that he may chosen to keep away from them.

Earlier this month, a police officer found Melitzer sleeping in a car in an Ogden salvage yard.

One wonders if Mr Melitzer going forward will be able to relinquish the idea he no longer has to sleep in a salvage yard, unless one reasons that somehow perversely for the longest time it was his preferred way of being.