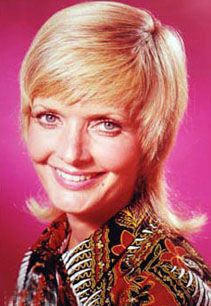 Tell-all memoirs are fabulous for revealing little scandalous goldmines that are a.) completely plausible, given the source of information, and b.) completely innocuous, given that most of the players in the scandal are out of the limelight.  Or are they harmless as they appear?

Take Brady Bunch mom Florence Henderson’s new memoir, Life is Not a Stage, due out in September but nonetheless making the media rounds for this tidbit: John Lindsay, mayor of New York City circa 1966-72, gave her crabs after a one-night-stand in a Beverly Hills Hotel.

Reuters: Henderson went home later that night, and awoke to a grisly surprise the next day as she saw “little black things” crawling over her bed and body.

An urgent call to a doctor took care of the problem, known medically as pubic lice, and Lindsay sent her flowers and a note of apology.

“Guess I learned the hard way that crabs do not discriminate but cross over all socioeconomic strata,” Henderson writes. “He must have had quite the active life. What a way to put the kibosh on a relationship.”

Lindsay died in 2000, his wife in 2004, so what does a little gossip do but help Florence Henderson sell some books?  Well, I’ll tell ya: extra-marital affairs do not fit in so nicely with Ms Henderson’s rather clean star-image (i.e., the maternal persona that Henderson cultivated all throughout her Carol Brady years, the same image that made remarriage seem friendly possibility), and needless to say, sex– especially sex involving STDs– do not fit in with politics.

But who are we kidding?  These tidbits rip the veil off what we always knew was true: politicians are slimy and no divorcee can be as clean-cut as Mrs. Carol Brady.

So, dear Reader, keep breezing through those juicy tell-alls, because there are just no better sources for the dark shadows under glossy surfaces.