In showbiz, it’s not enough to write a good script. You need to find someone willing to direct the thing (unless you direct it yourself), find investors to pay for it and hire a small army of cast and crew to make it look and sound good.   That’s all well and good. What you really need at the end of everything is someone to showcase it.

That’s where GenArt comes in: Founded in 1994, (and briefly forced into receivership before finding golden investors as of recent) it’s a platform that gives the finished works of emerging filmmakers a chance to shine.  (They do similar work in the fashion, art and music industries, but this particular story is about their film festival.)

Seven nights of seven feature films, paired with seven shorts. The movies hopscotch about Manhattan at different theaters, and every night wraps with an after-party at a favored hotspot , featuring the products of one or more of GenArt’s sponsors.  Free booze, folks!

The opening night premiere was A Beginner’s Guide to Endings, by screenwriter/director Jonathan Sobol, preceded by Delmer Builds A Machine.  First things first: For something only two minutes long, Delmer was absolutely hilarious and can be found here. It’s not for the squeamish but damned if it’s not funny.

The night was attended by sponsor reps, TV celebs and actors involved in the films being shown. Jason Jones (of Daily Show fame) cracked wise about Harvey Keitel’s tardiness, while the self-deprecating Sobol remained patient. With one of the starring roles in Beginner’s Guide, Jones said “I was at the screening in Toronto, but I was so nervous I didn’t actually see any of it. I hear it’s pretty good.”

Sobol hails from Toronto and brought an apologetic sense of humor to the proceedings, rattling off one quip after another. “The screenplay is really a home for broken orphans. It’s a Frankensteinian patchwork of ideas I scrapped from other scripts.” There were, however, no apologies from the first-time director. “It’s my first picture. I wanted to swing for the fences. I wanted to  make something fun, something that sizzled and popped.”

The movie tells the story of the sons of ‘Duke’ White (Keitel), who find out at his wake that their lives will be cut extremely short by a poor decision their father made a decade ago. Now ‘Nuts’ (a broken down ex-boxer), Cal (an itinerant womanizer) and Jacob (an over-planning control freak) face their mortality and three lifetimes of mistakes that have left them generally unfulfilled in every way.

The movie works. It’s funny, occasionally dark, and refreshingly masculine for a movie shot in Canada (I kid, I kid).  Nuts (played by Jones) provides the core of the movie’s gravitas. The hardest decision in the entire movie is his; and it reads on his handlebar-mustached face. He doesn’t want to go through with it, but family’s at stake.  Fuck it.

Cal (played by Scott Caan) does most of his decision-making below the belt. The fact that his life is almost over doesn’t really excuse the fact that he’s making a very bad decision, knows this, and proceeds anyway. The choice for him is whether or not to pursue the infamous Miranda, played by Tricia Helfer. As Miranda, she is an irresistible trouble-magnet. To win her over, the lengths Cal goes to would land lesser men in jail.

Paulo Costanzo plays Jacob, who provides the heart of the picture. Jacob has spent every day of his life on a timetable or a list, confessing to “planning for the long run”. Now that only a short sprint remains, he’s living for the first time—brilliantly sidekicked by Todd (Siam Yu), his kid brother (by another mother). Jacob carries out the brunt of the wish-fulfillment in the movie—buying the muscle car, talking to the pretty girl he’s had a crush on for years, and so on.

A welcome surprise is J.K. Simmons(!) as uncle to the doomed sons. He provides the voice of reason and the occasionally much-needed smack to the head. Simmons owns it. 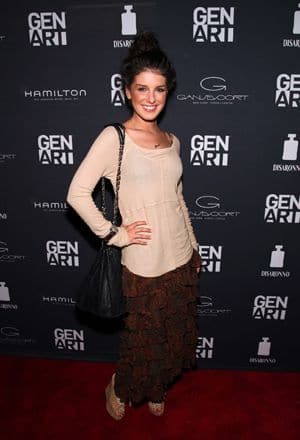