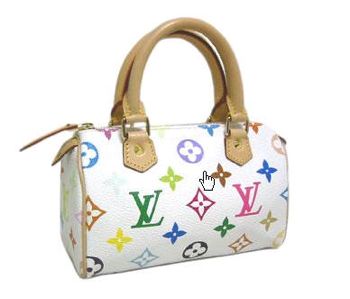 Will a new bill keep you away from buying your $40 Louis Vuitton knock off?

nypost: Buyers could face a year in jail or a $,1000 fine under a proposed bill by a city councilwoman fed up with cheapskate tourists and Big Apple residents flooding her district in search of fake designer merchandise.

“We don’t want to be known as the place to come to get counterfeit goods,” said Councilwoman Margaret Chin, whose Chinatown district is ground zero for counterfeiters.

It sounds like a good plan, but the question exists- will it work in getting people to stop inadvertngly supporting a knock market and depriving fashion merchandizers revenues they would necessarily be making otherwise if the knock offs didn’t exist- assuming of course one is under the impression that the same person who spends $40 on a fake Louus Vuitton handbag is the same person who would otherwise have spent $1300 on the real thing…

Christine Gambino, 21, of Staten Island — who was in Chinatown yesterday sporting a fake Louis Vuitton handbag that cost her $40 — vowed to continue to hit the neighborhood for counterfeit goodies.

“I’ll take a risk and sacrifice to look good and pay less,” she said.

Erma Charles of Brooklyn said she knows it’s wrong, but she can’t resist.

Exactly, who can resist the legacy of a designer label, never mind if the knock off peels in tatters the following weekend.

The law specifically states that buyers should know their goods are counterfeit because of the low price and location where they are buying them.

But don’t worry if you’re strolling down the street swinging your fake Vuitton and the police pass by. You have to be caught actually buying the goods to be charged, according to the proposal.

Are you prepared to pay a $1000 fine this spring for your knock off or an extra $300 for the real thing?