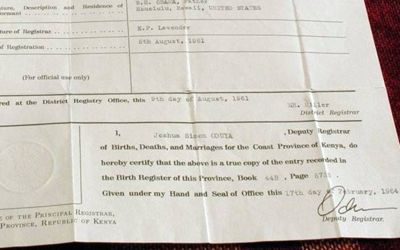 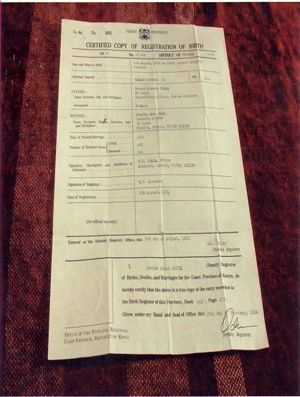 The shameless tabloid drivel not even Snopes would give you!

Those of you brave depraved enough to frequent the darkest corners of the internet for ‘truthy’ amusement like we do probably already know that these blurry images – of what is purported to be nothing less than the almost mythical Obama birth certificate – have been gaining the oddly satisfying kind oftraction that only the most knowingly fatuous of online rumors consistently deliver.

Shortly after the urban legend reference site Snopes “shredded” the story, Jeff Rense, America’s favorite alternative truthslinger, published the image above and the following closeups, he says, “in the interest of reporting the full scope of what is being discussed and displayed online.” His way of saying, ‘feast your eyes on these’:

Rense: The above document is a “Certified Copy of Registration of Birth”, but below is a copy of the actual Certificate of Birth…the real-deal legal kind of certificate.

All of which is to say, in certain sectors of contemporary reporting, particularly on the internet, the simple rumor that certain avenues of information (dubious though they may be anyway) would rather see a line of inquiry shut down is to give basis to its truth. Surely, someday there just may arise a more certain method of online fact-checking, but for now just relish in knowing that you’re seeing something that elsewhere has allegedly been forbidden from your viewing.