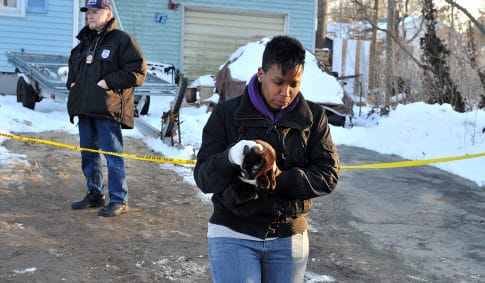 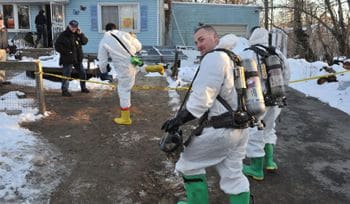 Can someone please explain what exactly was going on at Malba drive?

One often hears of bizarre stories often, as it seems to be the nature of the world, but today comes quite a beguiling and toxic story of one man who’s house was found to harbor up to 65 dead animals and many other animals who were crucially malnourished.

nydailynews: The gruesome discovery came about 9 a.m., when officers from the Suffolk County Society For The Prevention Of Cruelty To Animals were called in to check on the Shirley home, authorities said.

“They said there are over 65 live animals and many, many dead animals in all parts of the home,” said Roy Gross, the agency’s department chief.

Can one begin to imagine the scene of responding and physically looking at 65 scattered dead animals, lest we forget also about the dead animals themselves?

Gross said the critters found dead inside the home included ducks, rabbits, mice, pigeons, chinchillas, pigs, cats, dogs and a cow found in an upstairs room. Officials have yet to determine an exact count of animal carcasses.

The man living at the Malba Dr. house – who was not identified – could face charges for the mass animal grave, sources said.

A dead cow upstairs? Can one speculate there is some degree of dementia in who ever the owner is? After all, who can imagine living in a house with that many animals, and furthermore who could imagine continuing to live with all those animals dead and lest we forget the other animals who somehow clung to life?

“The most important thing, of course, is saving the live animals,” Gross said, adding that many of the officers were appalled at the scene.

“I spoke to many seasoned officers about this and they said it’s one of the worst they’ve ever seen,” Gross said.

The bizarre nature of nature, but perhaps more bizarre- the nature of man…