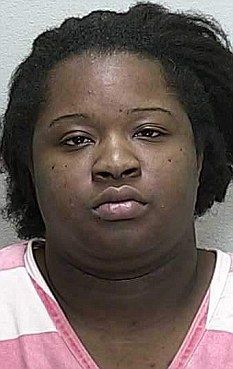 Great balls of fire. Do you have a ‘burning’ desire to be loved?

Victoria Bynes, who had been romantically involved with Andrew Williams for the last 9 years suspected something was remiss with Andrew’s absolute dedication to her. That said, Ms Byrnes decided to take the most appropriate action she could think of to sully her suspicions and of course to be unconditionally loved. What type of actions you are wondering? Let’s reach out for our collective can of petrol and very nimble lighter and find out.

dailymail.co.uk : A jealous girlfriend took her ‘burning love’ for her boyfriend a step too far by allegedly setting his private parts on fire.

Witnesses claim Victoria Bynes doused her boyfriend in petrol before setting him ablaze with a lighter.

As Andrew Williams rolled around in agony trying to put out the flames, the 29- year-old calmly drove away from the scene.

Calmly drove away from the scene because perhaps she wanted Mr Williams to feel the pangs of her absence? And what about them flames licking the underside of Mr William’s manhood?

When police arrived they found Williams with second and third degree burns to his genital area and stomach. The grass where he had tried to put out the flames was scorched from the ferocity of the fire.

That will teach Mr Williams for messing behind his sweetheart’s back. But prey how did such a lover’s quarrel come to pass?

After he failed to contact her for a week she stormed round to a  house in Citra, Florida, where he was visiting. Neighbours told police they heard the couple arguing.

During the argument, Bynes claimed she picked up a plastic bottle containing petrol and was shaking it at him while flicking her lighter in the other hand.

She told officers the flammable liquid had accidentally splashed on his lap and she had dropped the lighter.

When police arrived Williams was in so much pain he couldn’t speak. He remains in a stable condition in hospital. Bynes has been charged with aggravated assault and released on $10,000 bond.

One day when the skies are blue, Mr Williams wounds finally healed, Ms Bynes will casually drive by her man’s house and sit there and whisper sweet nothings to him, all the while there will be a small canister of flammable liquid hidden in the back of her mouth just in case her man ever gets out of line ever again.