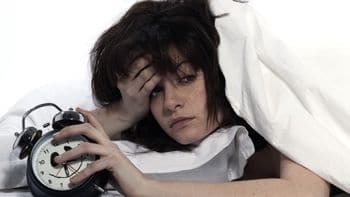 No more raw egg yolks, tomato juice and a splash of vodka the next morning.

According to researchers from Thomas Jefferson University’s Medical department- curing a hangover is as simple as consuming an asprin and coffee. Confused, so are we. Let’s look for a collective bottle of the good shit and read on…

telegraph.co.uk:  Scientists have confirmed what millions have suspected for years if you want to soothe a tired head – simply take some caffeine and a painkiller.

They found the caffeine in coffee and the anti-inflammatory ingredients of aspirin and other painkillers reacted against the chemical compounds of ethanol, or pure alcohol.

Ethanol brings on headaches thanks to a chemical acetate it can produce and even low doses can affect some people more than others, said the study.

Sounds great to us. So how did researchers, well specifically  Professor Michael Oshinsky, of Thomas Jefferson University figure this out? Using rats. And you thought rats couldn’t get drunk. Pfff.

He then gave them doses of caffeine and anti-inflammatories to find it blocked the acetate and relieved the headaches.

Prof Oshinsky told the journal New Scientist “none of the commonly cited causes of hangovers could have caused this response”.

The rats were not dehydrated either, going against an argument that coffee should not be used as a hangover cure because it just causes further dehydration.

To be honest it wasn’t more caffeine that we were drinking more of, if you catch our drift.

The research will spark a new debate over just what is the best cure for a throbbing head after a night on the town.

Some argue drinking water is better than a caffeinated drink because it rehydrates the body while others still swear by the restorative powers of a full English breakfast to redress the body’s balance.

Oh yes, a nice English breakfast, including cream scones with marmalade on the side. Surely this option was offered to the rats at one point?

And presto, your hangover is now gone.

Next time you are set on a blinder on the town may we advise a big jug of caffeine under the lapels of your coat, a couple of rats spinning mercisllessly under your armpit to make sure that the chemical acelytes in your body are appropriating themselves accordingly and of course a couple of asprins to go with that other bottle of gin the other rats under the other armpit are testing for you as well..