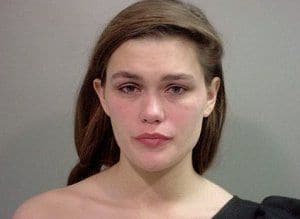 If I’m a 19 year old beauty Queen will anyone notice me stumbling in a stupor in the snow?

Time to remember the good old days when you too were once 19 years old and how passing the time used to comprise of looking for full liquor bottles to ingest while running around half naked on the street. Which brings us our next contestant to memory lane:

kspr.com: An Arkansas teen beauty queen finds herself off the pageant stage and behind bars. Megan Burgess handed over her crown to the new Miss Arkansas Teen USA two weeks ago.  Now, she’s facing a public intoxication charge.

University of Arkansas Police say they received a call from Burgess’ dorm around 1 a.m. Saturday.  The caller said they were concerned about Burgess after she left the dorm and ran down the street.

Of course what makes this so ironic is instead of being an underage beauty queen- Burgess had been an underage pop star or Hollywood actress, she’d probably have 78 product endorsements thrown at her at the wink of an eyelid. But as it turns out – for the time being all Megan Burgess gets is a free pass to an overnight jail without a paparazzo breathlessly hanging around.

But what Ms Burgess also gets are the memories:

“We received the phone call that there was a possibly intoxicated individual so the person that called us was concerned for that person and they were trying to assist her in some way and she ran and they pointed us in that direction,” says Lt. Gary Crain with UAPD.

And yet some way the whole thing does feel like a movie:

The phone call came from a resident assistant in Humphreys hall. They told police Burgess left running down Dickson Street towards Duncan Avenue. Police found her sitting by herself in the woods near Parking Lot 71. They said she was unsteady on her feet, and a danger to herself. They made the arrest.

One day when Megan Burgess is making her way along some beauty boulevard she’ll stop to notice the glare of some whiskey bottle hitting in her in the eye, lean down to pick it up before thinking to herself- ‘once you’ve made the national press for public drunkedness there is no need to do it again- unless of course I suddenly try my hand at being an underage Hollywood drunk actress.’