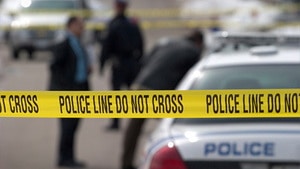 Can anyone explain what was going through Rogerio Damascena’s mind?

In one of the most shocking cases to date pertaining to wedding mishaps a man shot and killed his wife, best man and then himself at a local wedding ceremony in Brazil over the weekend.

Sify:  A groom in Brazil shot his new wife, his best man and then himself after declaring to horrified guests that he had a ‘surprise’ for them. ccording to witnesses, 29-year-old sales manager Rogerio Damascena did not give any clues that something was wrong at his wedding reception, said police investigator Joao Brito.

He said the killings were believed to be planned because of the groom’s announcement and because he had hidden a gun in his father’s pickup truck.

Surprise? Could we go further and argue that the groom had a premeditated agenda which he intended to carry out whether it surprised or not. The fact that he raised the question of surprise hints at some complicit behavior on his part where love, attention and valor were perhaps manufactured concepts on his part in order to orchestrate his agenda.

Then there is always the possibility that the groom observed, believed, witnessed or suspected complicit amorous behavior between the best man Marcelo Guimaraes and the bride to be- Renata Alexandre Costa Coehlo, and perhaps by shooting them and himself on what one would assume is traditionally the happiest days of many people’s lives as a kind of dramatic climatic shock to his unsettled mind.

Globo.com quoted a sister of the bride who left before the shootings as saying she didn’t believe it was a crime of passion.

“My sister was a wonderful person who loved and wanted to be loved,” the Telegraph quoted Lucia Helena Coelho as saying.

“He was happy, she was happy, the party was beautiful. His family adored her and doesn’t understand this.

But what is there to understand when the crime of passion is bereft of passion and hingers on malevolent intent or what the sister of the bride believes to be the case:

“He revealed himself as a sociopath who fooled the entire family and killed his best friend, who was … the best man,” she added. (ANI)

Perhaps who was also was fooled was the groom for participating in such an arrangement, love and hope for the future and perhaps this is what inexplicably repelled him and propelled him to react the way he did as un natural as it seems…