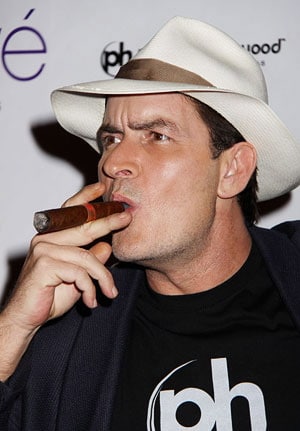 You too may be hearing that our preferred hero CoCo Sheen pulled the plug today, but contrary to blazing rumors that have been traveling like wildfire our collective hero somehow managed to survive himself and the Xmas holidays.

Examiner: Charlie Sheen is not dead. The Charlie Sheen rumors have been going strong all day with folks on the Internet, especially Twitter asking how the celebrity died. The funny thing is there is no death and no issues, instead it is a nasty rumor. While Charlie Sheen hasn’t broken his silence to share that he is alive and well, every big entertainment magazine has confirmed the actor is alive and well.

Which has us wondering why that bitch CoCo Sheen hasn’t let on that he is not dead? Is that just willful thinking on his part or his way at poking fun at the media that owe CoCo a collective hug for help keeping avid readers coming and reading about his wonderful (mis)adventures…

The breeding ground for inaccurate deaths is amazing easy on Twitter. Unverified posts get picked up, spread and next thing everyone knows there is so much misinformation, nobody really knows what quite to believe. The easy targets are those who usually take time off during the weekends and can’t watch for the unfortunate inaccuracy.

In other words, when CoCo Sheen finally chases away this weekend’s hangover he will kind of wish he was dead anyway but for now even CoCo’s ex Denise Richards who seems to have enough time to follow what twitter has to say had the following to post: