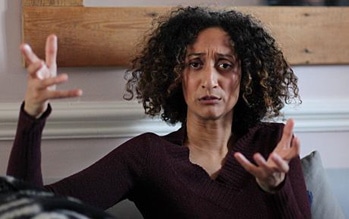 “Someone had to stand up to the mayhem,” thought Katharine Birbalsingh.

Remember the smell of prim roses, chocolate truffles that students bought in for their teachers when you were once at school?

Unfortunately UK teacher Katharine Birbalsingh has other memories to share with you, some of them which which involve war zones and student body intimidation.

In her blog, she describes in eloquent, despairing voice how schools suffer from high levels of disruption and underachievement – problems she claims are the fault of the system itself.

Like us you are probably wondering what type of problems came about. Shall we then find out together?

Miss Birbalsingh says she has watched in silent horror, over more than a decade in teaching, as good teachers were ordered to follow bad rules, schools colluded with the folly of inspectors to win coveted ratings and classrooms were allowed to deteriorate into war zones.

Which has us wondering, do pupils have a better retention rate when it comes to learning things like calculus or semantics when ducking war zones? Perhaps in some parts of the worlds such torrid exposure only fully prepares the pupil for what to expect when if they graduate.

But as much as Katharine Birbalsingh was documenting life at school she eventually got to learn some hard truths that aren’t often taught in the classroom.

“Teachers are too scared to speak out because they think they are going to lose their job. And indeed, I gave a five minute speech and said a few home truths, and that has resulted in me being sent home from work.

“People need to know that the system is not transparent and teachers cannot speak out.”

One day when your child comes home with a D in calculus and an A for guerilla warfare you will come to understand that your child is now fully equipped to deal with the modern landscape, just like Katherine Birbalsingh has come to learn. Katharine’s blog can be found here