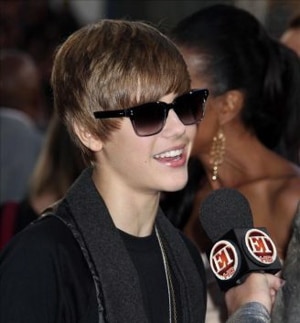 Though he didn’t Tweet about it, our favorite tweenage super-idol, Justin Bieber, is under investigation for, allegedly, assaulting a 12-year-old while playing laser-tag in Canada. Always nondescript, Bieber was allegedly using the alias JOE DIRT at the time of the incident.

Though we’re still waiting for the (hopefully brutal) Twitpics since a number of cellphone images have already released, RadarOnline reported that “The incident took place Friday night at the PlanetLazer Entertainment Centre in Richmond, B.C.  A 12-year-old complained to management that Justin had punched him in the face, and the boy’s father later went to the Royal Canadian Mounted Police to file a report.”

Though surely they know no Mountie can stop the Beebs (at least as long as he can Tweet) in light of eyewitness reports, if unfortunately, the incident seems less like tabloidy self-destruction and more like wishful thinking.

The 12-year-old kid was surrounding Justin in the corner with his other little friends and shooting him during the game with their laser guns. Justin did what any other person would do during a laser tag game, and was just trying to get away from getting shot at and accidentally hit the kid while running away.

Though, says the eyewitness, “when we saw the boy there were no marks or anything,” the Beebs decided to “[stick] around” and make sure everything was alright afterwards. No surprise then that, upon seeing who the offender was, “the kids parents decided to call the police.”

Apparently they’re not Beliebers… or don’t realize he could have them ritually disemboweled by an army of rabid 10-year-old Twitter followers with a few flicks of his finger.

I guess with fame there really is no time for fun and games. No wonder kiddie stars always miss out on their childhood, they don’t have to be playing laser tag to be easy targets (but that does make writing tabloids about it even more fun).

Does Justin Bieber Really Have ‘Racks of Twitter Servers Dedicated to Him?’