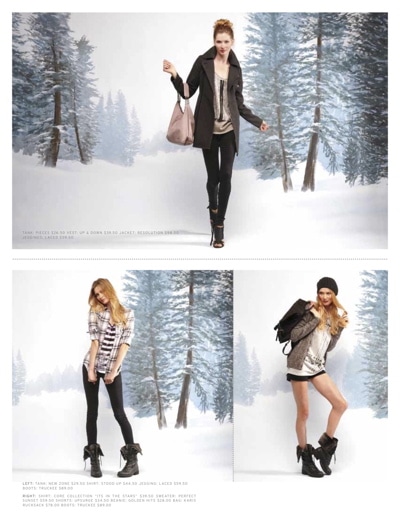 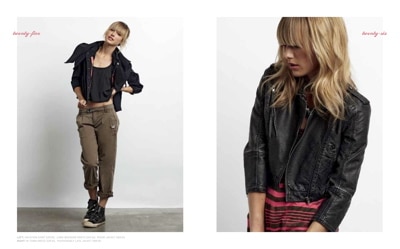 What more could I want than getting laid in the middle of the afternoon on a chilly New York fall day with fresh flowers flown early that morning from Hawaii, more importantly, who wouldn’t want that?

As I came through the teak doors of Lani Kai restaurant for the Roxy AW 2011 press preview I was immediately greeted with fresh orchids and a warm apple cider mock tail. Lani Kai restaurant and lounge at 40 Broome in SoHo, named after an island resort, set the Roxy mood perfectly, triggering the idea that we were actually in a tropical paradise, bumping into surfboards and flirting with a Kelly Slatter cut-out (if he were real I would probably have tried getting laid by the pro-surfer himself).

A modest three racks of clothing and accessories was all Roxy needed to get their message across that they were once again, channeling the surfer girls love of wearable fabrics that reveal the female form while keeping with the carefree and laid-back attitudes most West Coast girls adhere.

Many of the fabrics, cuts and designs are reminiscent of the 1980s surf culture, yet, the style and demeanor in which the collection is to be worn has a much more modern mastery, translating perfectly for the girls living far from sandy beaches and sunny weather.

Minute artistic geometrics in vibrant hues flooded the racks in the form of tanks, dresses, and leggings with (gasp) stirrups. Let us pray these stirrup leggings will be tucked into the remarkable faux fur-trimmed and faux leather “Truckee” boots I saw (under 100$- a steal!), because let us face it, I’ve been over stirrups since I was in the 3rd grade. I am immensely impressed with the increased attention to denim Roxy displayed, as one entire rack held at least 10 denim features all of which I would have thrown on instantly as the cut and style is fresh for the fall season. 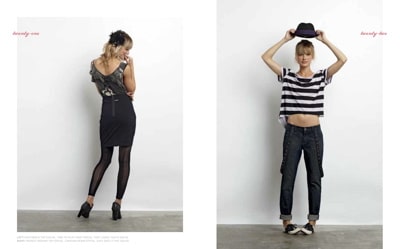