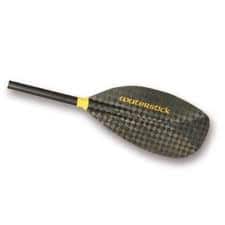 As if the indentured servitude of the pledging system weren’t enough already, four students from the Sigma Gamma Rho chapter at San Jose State University have been suspended from their historically black sisterly sorority and sentenced to 90 days in jail for paddling their pledges to, allegedly, force them to “feel what [their] ancestors went through in slavery.”

The supposed intention of the beatings, to make a prospective sister learn “respect” by beating it into them subjecting the pledges to omnipresent threats and “progressively more violent hazing” is nearly ubiquitous on college campuses — both in black and white fraternal organizations.

So ubiquitous, it seems, that similar incidents were reported at, of all places, the same sorority’s Rutgers chapter, where “a pledge said she was hit 200 times over the period of a week, and ultimately went to the hospital covered in welts and bloody bruises.” As a result, it was reported, six sisters were arrested.

Even though such hazing is nonetheless heinous, the real mystery, to anyone whose chosen not to experience it (this author, for better or worse, has been on both ends of it) is why abused, young students, year after year, continue to allow themselves to be ritually abused and/or beaten in order to make social connections while partaking in the most long standing of all American college traditions.

Courtney Howard, a SJSU victim, does a passable job of explaining it: “The hazing got progressively worse…but I thought I could tolerate it, and I just kept going out of fear. They drill into you that if you drop, you’re weak, and snitches get stitches.”

The same fear, we could well suppose, that those in power have — that of change. That is, by unquestioningly doling these punishments one becomes enslaved to their traditions in the same manner as their pledges, and are loathe to break the cycle no matter how much more progressively difficult and painful it becomes — even if it means, earning oneself a prison sentence.