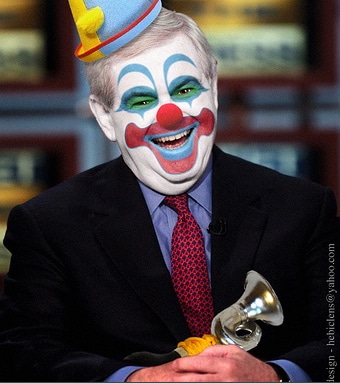 Newt Gingrich was recently the target of a new Esquire piece in which his second wife (I lost track a while ago) spoke candidly about their 2000 divorce.

It seems that Gingrich finally admitted (everybody already knew) that he was having affair on his second wife amid going after evil chubby chaser President Bill Clinton’s penis during the impeachment hearings. Of course he was  “Hiking the Appalachian Trail” while simultaneously touting the Republican party as the party of “family values”.

Here is a snippet of the interview with Marianne Gingrich. It seems Newt wanting her to accept her womanly role and tolerate his cheating:

He wanted to talk in person, he said.

“There’s somebody else, isn’t there?”

She kind of guessed it, of course. Women usually do. But did she know the woman was in her apartment, eating off her plates, sleeping in her bed?

She called a minister they both trusted. He came over to the house the next day and worked with them the whole weekend, but Gingrich just kept saying she was a

Jaguar and all he wanted was a Chevrolet. ” ‘I can’t handle a Jaguar right now.’ He said that many times. ‘All I want is a Chevrolet.’ “

He asked her to just tolerate the affair, an offer she refused.

He’d just returned from Erie, Pennsylvania, where he’d given a speech full of high sentiments about compassion and family values.

The next night, they sat talking out on their back patio in Georgia. She said, “How do you give that speech and do what you’re doing?”

Apparently the car metaphor was apt when you consider how many times Newt has traded in for newer models.
Next time you catch Newt in a crashed up coup de ville you’ll know why.