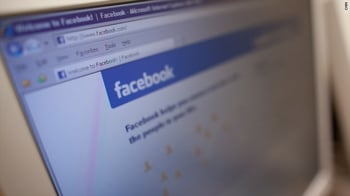 If the ebbing paranoia still somehow pulsing through the blogosphere (and Stalker Gawker) after Stephen Colbert‘s data-mining rant wasn’t enough to send you into preemptive convulsions while constructing tinfoil fedora caps for protection from Google Buzz mind-control waves (a fashion-forward solution), then perhaps this tidbit will: Colombian gangs in the Southwestern town of Puerto Asis are now publishing their hit lists on Facebook.

Three teens whose names appeared on the first list (of many, we can be sure) have been killed thus far, CNN reports. But should we, in fact, view this as a sign of things to come? And is your information safe out there, I mean really?

Gawker: Police apparently don’t know who put the list together, though a gang called Los Rastrojos is active in the area, as well as longtime Colombian Marxist rebel group FARC. CNN says that the list is now “blocked,” though it’s unclear what it was, exactly—a note? An event? A page? Were the kids tagged in it? Or invited to it? Is that not, like, terrifying? Your Murderer tagged you in a note: Hit List 2010. Your Murderer likes your check-in at Abandoned Mental Hospital. The Coroner’s Office tagged you in a photo.

After all that, police don’t know? Why not just stalk a few of the poster’s photo albums for a party pic with a freshly bloodied FARC shirt?

So much for data-mining, as social networking now adds new and prescient value to the most overly tattooed and under analyzed words the inimitable Michael Corleone ever muttered: “Keep your friends close, and your enemies closer.”

After all, how much easier does it get to make a hit when the mark obsequiously updates his location and activities, all the time with immeasurable glee? “Turning out the light, leaving the door unlocked, nobody around me to hear me scream, LOL!” Does the target, in this case, want to tempt fate? Moreover, are we really any different?

Which, of course, has me wondering why we’d even worry about what shady organizations Facebook sells our personal information to when we’re already more than willing to parade our most private thoughts and images before the careful eyes our direst enemies directly, all the while deluding ourselves into enjoying it, feeling some oddly addictive rush from it?

A case in point: already the townspeople – like all good media whores – have taken to articulating their concerns over Twitter (and most likely right into the mini-feeds of their would-be-murderers). “Self-destruction,” as the shrinks will say, “needs witnesses.” Just ask any tabloid writer.