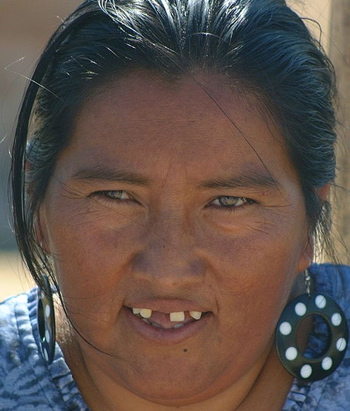 Though Guanajuato officials say that “no woman in Guanajuato has been jailed for an abortion”, an activist in Mexico says that 6 women are currently serving 25-30 years for murder because they had abortions.

The 6 women are three to eight years into their sentences and all poor and uneducated. Veronica Cruz, director of a women’s rights center, El Universal, says that another 160 women are facing the exact same murder of a family member charge, and that out of the 6 women serving their sentence, 2 were raped and  that “All the men that got them pregnant abandoned and accused them.”

Though Guanajuato is very conservative, it leads the country in teen pregnancies.  And in 2000 officials tried to rid the country of the rape exemption for abortion.

And a recent profile of Cruz in More notes that in Guanajuato:

“A woman who’s been impregnated by a rapist and cannot afford a private abortion must petition the state for a publicly funded one—and it has denied every request since 2001. One woman was told by an attorney that although she was within her rights to obtain an abortion, no one would perform it; often hospitals send rape victims away. And some women who’ve given birth to stillborn babies have been imprisoned because officials charge them with a failed abortion.”

Which forces the question, what’s going on in ? Most of the indicted women aren’t just back-woods US teens that hump, get knocked up, lose the kid and move on. These women are being forced to have sex and the consequence is not only emotional, physical and mental brutality, but they will have to live with losing the child they decide to abort. Don’t you think it is too much then to add jail time in excess of 30 years.  It is a very sad situation these women are put in, and most of it is because of sick, sick men who not only control them in sex, but control the outcome of jail and abortion rights.