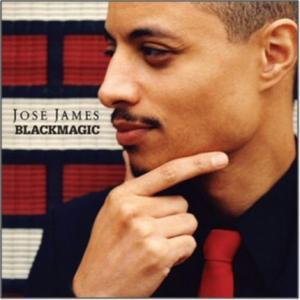 New York is a city for dreamers. Quite possibly, it’s the nation’s capital of ‘the land of opportunity’.  I love living here, and I’m grateful as hell for the chances I’ve had to try new things.

It may come as no surprise, but my writing ambitions do extend beyond the fine and hallowed e-pages of this grand salon of cultural affairs. I want to write fictional stories that mean something to me on a personal level, and–best case scenario–get paid to do so.   Ergo, I write comic books.

People love dramatic conflict, the struggle (internal and external) of iconic figures against larger-than-life opponents or circumstances… or both. I just love the stories that comic books are capable of.  Some involve pint-sized monsters. Others involve characters grappling with destiny.  Many of the best involve superheroes.

After working for nearly four years in the Big Apple, I’ve penned over a dozen comics professionally and secured a contract to have my own miniseries produced. None of them have been published. Yet.

Realizing any dream in New York is an on-going struggle. I’m lucky enough to know an artist or two, working from the other end of things (I can’t draw to save my life), who are finding modest success.  I can’t wait to share in their experience of seeing something of mine in print, on a shelf, for sale.  It’s a driving force, that desire.

Let’s be honest: Swing a dead cat and you’ll hit five actors waiting tables, three playwrights tending bar, and a plethora of dancers making rent teaching yoga. My own struggle is not unique. I get that.

So what do we do, we struggling artists? It doesn’t matter what you’re after—no pursuit is less worthwhile than another. Writers, Actors, Singers, Songwriters, Dancers, Stage Designers… you do what you have to to survive, and you spend your off-hours writing, acting, singing, dancing, or scribbling. It’s what we love.

And what do I want? I want to be published. I want people to read my work and enjoy it. Feel like they’ve gotten their money’s worth. The bitch of it is, sometimes money is all that’s standing in the way. At present, I’m trying to raise funds for my miniseries. No-one talented works for free, and my artists are talented. It follows (and rightfully so) that they want to get paid.  I can’t blame ‘em.

The rest of the time, I work on other stories that strike me as entertaining.  I write ‘em up, I send them out, I get feedback, and I start on re-writes. If you want to be a writer, get used to swallowing your ego.  It’s not about you, it’s about the work. Make it good enough… and maybe people will notice.

I do have a dream, though.  Someday I’ll get to  share something I’ve written with the right audience, and they’ll get it.  If I’m lucky, they’ll even get their money’s worth.

If you get what I’m talking about, if you think that superheroes can be funny and tragic and human and fantastic all at once…  then maybe you’ll join me.

[I know this is getting heavily into self-promotion. You’ve gotta make the most of your opportunities.]

This Saturday, I’m hosting a reading for a story I’ve written. It’s about a super villain and a kid named Timmy that sees right through him. Like the mythical Cassandra, Timmy can’t get anyone to believe him when he says his neighbor is a supervillain. In the modern parlance, wackiness ensues.

Look—as anybody who’s lived here for any amount of time can tell you, you’ve got to look out for yourself.  But if you’re lucky—if you’re really, really lucky—every so often someone else can look out for you, too.