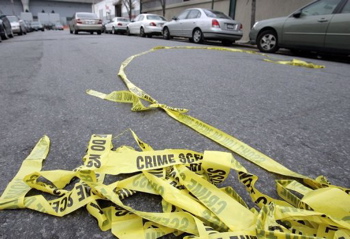 The gunman who came barreling in with two shot guns.

NZ Herald: SAN BERNARDINO, California – A man walked into a Southern California fast food restaurant and shot his stepdaughter and her family of four as they ate lunch together, killing the woman’s husband and 8-year-old son before fatally shooting himself, police said.

The 56-year-old man arrived at the Del Taco restaurant in San Bernardino on a bike, walked over to a table and opened fire on his 29-year-old stepdaughter, her 33-year-old husband, their 6-year-old son and their 8-year-old son, Police Lt. Jarrod Burguan said.

Who could fully understand what was going on in Jimmy Schlager’s mind as he rode his bike in the sunny climate of San Bernardino, California. It was a bike trip that at any moment he could have turned back on. A bike trip that could have been unsettled by a flat tire, a faulty chain, a sudden downpour of rain or a minor collision. But none of these things happened as Jimmy peddled furiously.

Police said several other people were in the restaurant, but the gunman clearly walked in seeking the four victims. They said the gunman had a long and violent criminal record, but did not give further details.

He gets off his bike, possibly chains it, regards his reflection in the mirror of the restaurant where he has come, maybe thinks he ought to have shaved, maybe lit a cigarette, maybe even thought about turning around. Eventually he thinks against it and now enters Del Taco’s. Looks around for a moment, maybe even absorbs the scent of the house special guests are at that moment enjoying, before heading to the table of his step daughter.

The woman and the 6-year-old boy were hospitalised in critical condition, Tracey said.

Jimmy Schlager can probably hardly believe what he has done. But that doesn’t change the fact that there are 4 people spilling blood in front of him.

Jimmy now turns one of the guns on to himself, possibly looks at the reflection in the mirror one more time before mortally shooting himself.

Who can ever fully understand the motives of an aggrieved man?