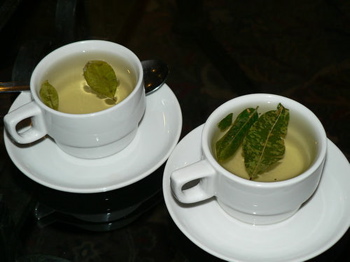 According to the New York Daily News, Alvaro Casado is suing the NYPD to be reinstated after he was fired in March for testing positive for cocaine.

The 1st year officer says he was not doing cocaine, instead he tested positive because of a cup of Coca tea his girlfriend’s mother, Mary Sherman, gave him during a visit following a car accident in 2009.

Coca Tea, also known as Mate De Coca Tea, originates in the Andes region around Bolivia and Peru. When the plants are converted into tea bags, each tea bag holds about 1gram of Cocaine. After being boiled down and consumed, research shows that the consumer has ingested at least 4miligrams of cocaine, which IS enough to test positive for use on a drug test.

Add the idea that “Neither (Casado) nor (girlfriend Noelle) Binasarie nor Sherman were aware of the fact that consuming Mate de Coca tea would cause (Casado) to test positive for cocaine, and were unaware of the tea’s connection with cocaine at all,” says the suit filed in Manhattan Supreme Court.

Seems like a simple Open-Shut case for Casado right? He should be reinstated as a proud NYPD officer in no time! Not So Fast….here is some food for thought.

1. Casado, who is also a senior airman in the Air National Guard, tested positive in an October drug test given by the Air Force, however no action was taken because officials concluded that Casado “did not knowingly ingest an illegal substance”….That makes sense?

2. Also he was suspended by the NYPD in November 2009 following a drug test that he provided a hair and urine sample for.-The Air Force also had notified the NYPD of his previous failed drug test.

So, when you just think that Casado has a simple case to get right back into the NYPD, the simple saying “If it looks like shit, smells like shit, it is not a chocolate bar”, comes into effect. Casado was already on the force with baggage, this just made it clear that he is an issue, no matter what kind of “tea” he is drinking or in this case snorting.

Accept the fact that you are out of work Former Officer Casado…There are plenty of jobs for junkies  working for hippie stores selling all kinds of tasty “Teas”. You will be able to drink some Cannabis Tea for brunch and rock the Coca Tea for dinner and of course for dessert too there’s always your crack pipe.

As Carrie Otis would say- ‘these nostrils were made for sniffing bitch.’