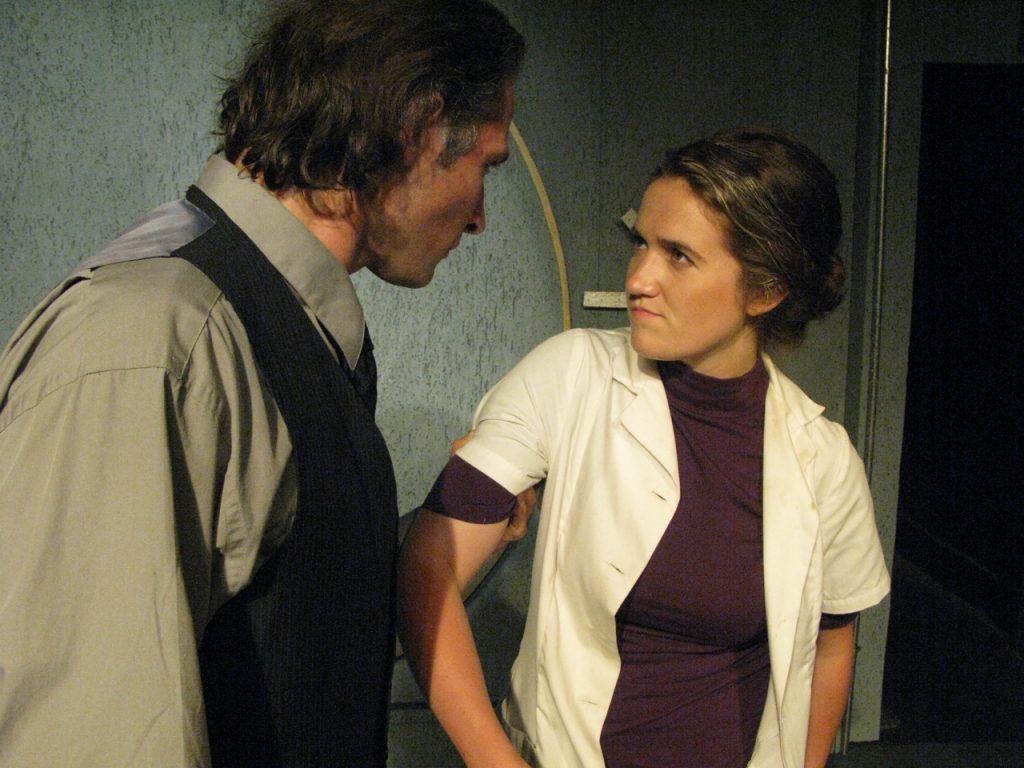 As Rebecca, Megan Lee is both earnest in her love for Jacob, and realistic in her fear of him and for him—he desperately wants to go a place she cannot follow, and loving him means wanting him to succeed. She has chemistry with Kluckman, and provides the few moments of light in a setting that can only be called dreary.

Klemen Novak is disturbing and severe as the patriarchal Parsons. (It’s a good thing.) He’s been in the Vault too long, and as his authority begins to erode, so does his sanity.  Novak has intensity that doesn’t always serve him, but I can think of no-one else in his role. While Kluckman’s Jacob dominates Act I, Parsons owns Act II, and is largely responsible for its Outer Limits flavor. 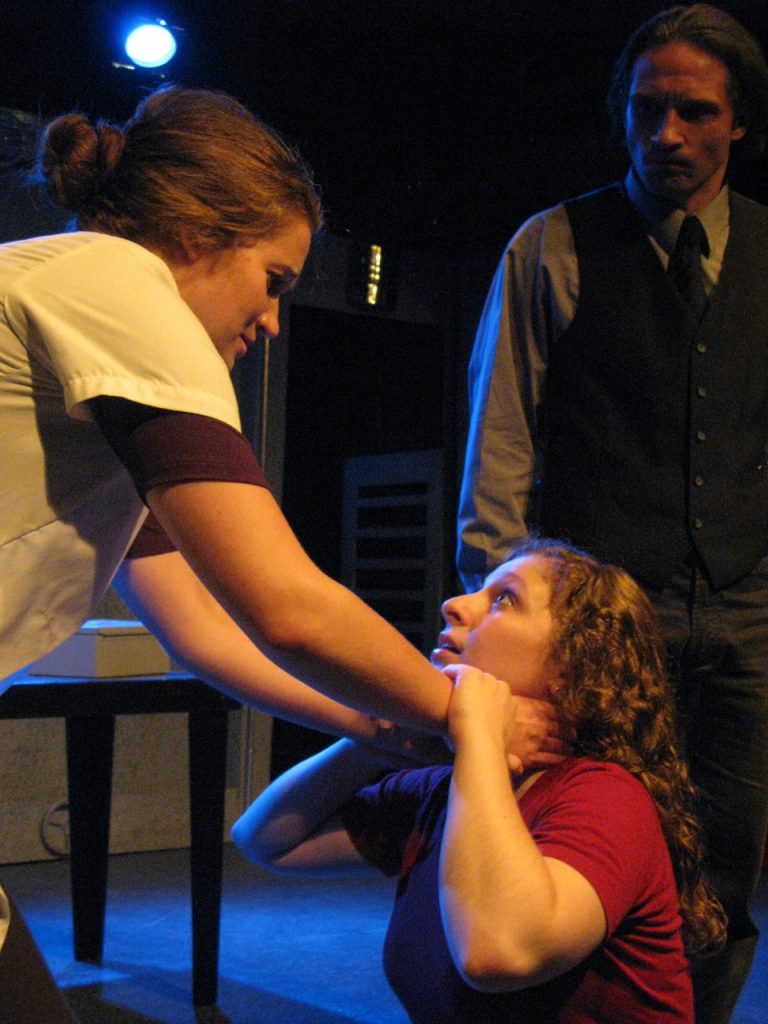 Enchanting and ethereal is Elizabeth Dilley, who plays a character I shall leave nameless to prevent spoilers. When she is on stage, you can’t take your eyes off her. She brings supernatural grace and good will to a world now devoid of it; and where she walks, hope follows.

One character feels out of place; that of the flippant security guard, Owen. Played by Kevin Paul Smith, his light attitude here just seems… wrong. (Imagine Chandler of Friends cracking jokes after Joey and Phoebe have been hit by a car.) I couldn’t tell whether it was his acting choices, the direction he received or the writing; but it just didn’t fit with the rest of the show.

All that said, this play must be seen to be believed.  Science fiction in theatre has always been in the minority, and Gods is good enough to garner your attention.   Its budget is small, but the show excels in painting a distinct mood that will stay with you after the show is done.

Gods at the End of the World plays this Thursday, Friday and Saturday at 8pm at 155 First Avenue, between 9th and 10th streets. Visit them online at http://www.theaterforthenewcity.net/, where you can also reserve tickets. 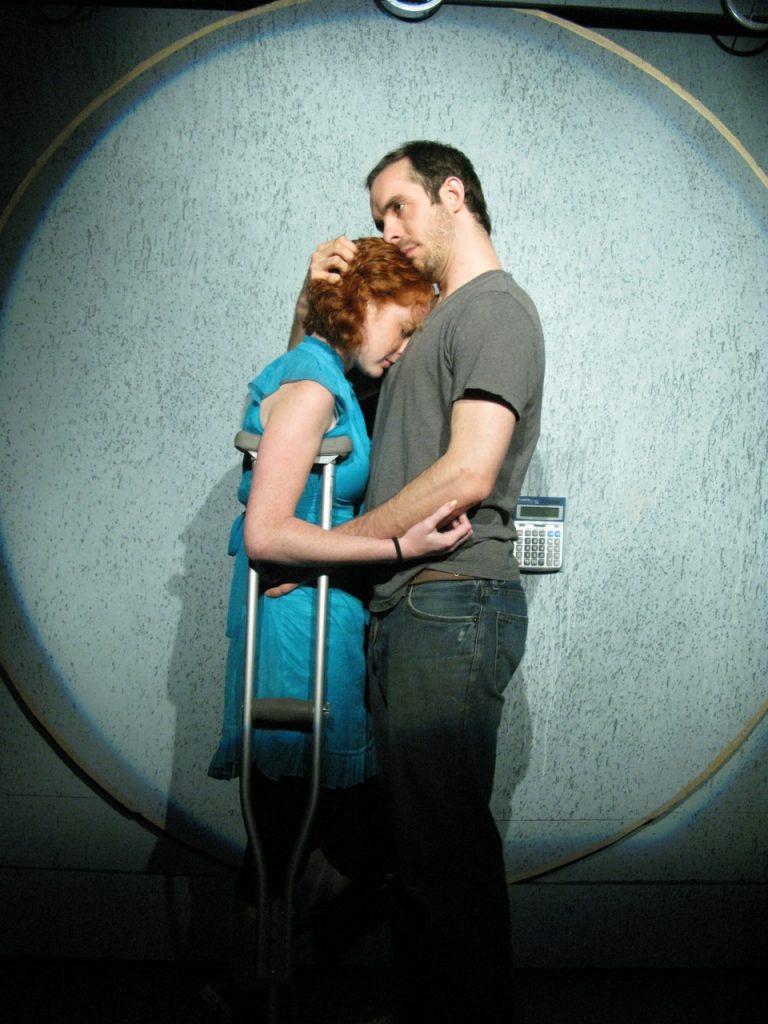