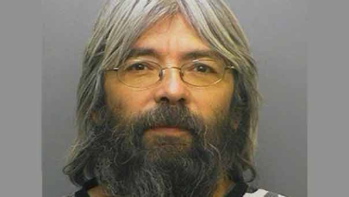 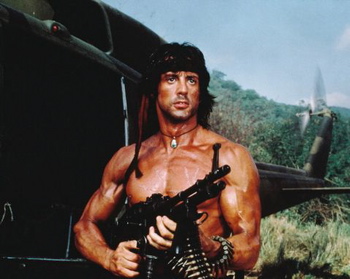 Trying to understand who Gary Brooks Faulkner is?

Hero or psycho. Committed to world peace or complete whack job? These are some of the questions currently being raised this evening as Gary Brooks Faulkner, a solo American (apparently) was apprehended by Pakistani police as he set out to capture Osama Bin Laden.

An American construction worker has been detained in the mountains of Pakistan after authorities there found him carrying a sword, pistol and night-vision goggles on a solo mission to hunt down and kill Osama bin Laden.

Not your ordinary American tourist, but then again Gary isn’t particularly interested in catching country views. Apparently he has other things in mind…

Catching bin Laden was Gary Brooks Faulkner’s “passion,” his brother said, noting that the 50-year-old has been to Pakistan at least six times, learned some of the local language and even grew a long beard to blend in. Relatives and acquaintances said Faulkner is a devout, good-humored Christian who requires dialysis and did time in prison years ago.

Did time in prison and is a devout Christian? Is there an apparent contradiction we’re missing here? Let’s find out…

Gary Faulkner arrived June 3 in the town of Bumburate and stayed in a hotel there. The Greeley, Colo., man was assigned a police guard, as is common for foreigners visiting remote parts of Pakistan.

When he checked out without informing police, officers began looking for him, according to the top police officer in the Chitral region, Mumtaz Ahmad Khan. Faulkner was found late Sunday in a forest.

Found in a forest because he was the re incarnated Rambo and he had to save our lives from all the bad people that lurk in forests in places like Pakistan. Or just the benevolent American tourist who likes taking tourist trips with hand grenades in his wallet?

But Scott Faulkner insisted his brother was on a rational mission.

“He’s as normal as you and I,” Scott Faulkner said. “He’s just very passionate, and, as a Christian, he felt, when Osama mocked this country after 9/11, and it didn’t feel like the military was doing enough, it became his passion, his mission, to track down Osama, and kill him, or bring him back alive.”

Rational missions as you all know require solo trips to purported enemy hold outs with an expired credit card, a hand grenade and a bible in the back of your wallet, never mind a nearly expired kidney.

Frankly we quite imagine Osama to be looking for his messenger boy to invite Gary over for some chicken curry and vindaloo.

Hugo Corral, who owns a barber shop in Greeley, recalled cutting Faulkner’s hair a few months ago. He said Faulkner was quiet and wouldn’t answer his questions. After the haircut, Corral said, he saw Faulkner acting strangely outside his shop.

“He would walk, then stop, then do something like he was saluting something. It was kind of weird,” Corral said. Through the glass of his shop, he said he could hear Faulkner cursing at no one in particular.