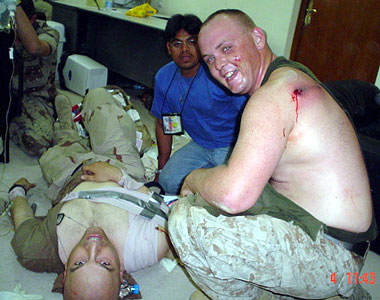 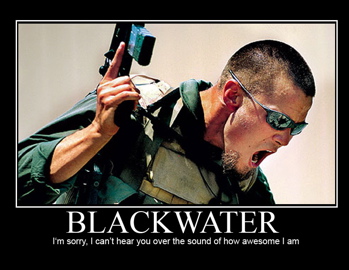 What to do when the name change does little for you.

For a while Blackwater were the hottest thing in town, well to be succinct – in Iraq and Afghanistan where the federal government would deploy them as a private army to do their bidding. But that all fell apart when it became apparent our tax dollars were help financing $400 rubber staplers and $160000 jack hammers, not to mention the occasional bribing of foreign officials and the odd murder charge and the public decided enough was enough which led to the government dropping them like hot potatoes. Not to be dissuaded the company came up with a clever plan to change its name (to Xe Services) and hire a few new faces because supposedly the public is always easy to fool when you apply some new make up and cologne- except in Blackwater’s case it hasn’t quite worked out that way. The New York Timesreports:

Burdened by lawsuits, criminal investigations and negative publicity stemming from its private security work in Iraq and Afghanistan, Blackwater Worldwide is being put up for sale, the company has announced.

Which begs the question, who is going to buy the company? Uncle Steve the mad local militia man from down the road, Hugo Chavez out there in Venezuela and then there’s always a few terrorist nations Blackwater could make field inquiries to- like North Korea or Iran:

‘Hey Mahmoud, remember us- we tried to incinerate you last week while you were going out for an ice cream, yeah anyway, we were wondering whether you were interesting in buying us out, things haven’t been working out so well with the US public lately- you know how the public can get.’

Who knows maybe Blackwater and its founder Erik Prince can turn itself into a warfare tourist company and show brave holiday makers where all the local civil wars take place, after all, there’s got to be a market for something like that…