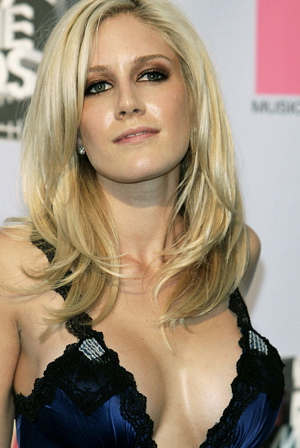 When bigger is always better.

Concerned by an innocent comment made by radio disc jockey Ryan Seacrest‘s ‘that her boobs didn’t look that big to him,’ Heidi Montag has decided once again to take the safe route and for the 14th time this year enlarge her breasts one more time. But of course there is a kicker, Heidi has decided that the operation has to take place in Europe  because only Europeans can truly appreciate her desire for perfection and 800 cc breasts (which is tantamount to 41 watermelons side by side)

Spencer Pratt tells Life & Style his wife Heidi Montag wants to increase the size of her breast implants from 700 cc’s to 800 cc’s, and apparently it’s all for TV ratings!

TV ratings? Doesn’t that imply that audiences ultimately don’t care about acting talent, show content but the nitty gritty size of ones breasts. A fact that only Heidi has been able to work out in Hollywood, and if she keeps doing her math, if she can get her breasts to round out at 1500 cc- that will mean not only will she buck rankings in California, Minnesota and Fort Worth, Texas but also prarie towns in Siberia and Mongolia who will be obliged to join in the world phenomenon.

she and Spencer have been pitching to cable networks E! and Oxygen,”

Understanding that the networks will salivate over themselves if they can get Heidi to make a public nuisance of herself and to actually act on her nuisance Heidi is pushing for a 2 month deadline that will have her finally looking like the woman every boy and man has ever whispered they saw in her. In any event we’re glad that Heidi takes the view that she owns her body, not the studios or her fans.