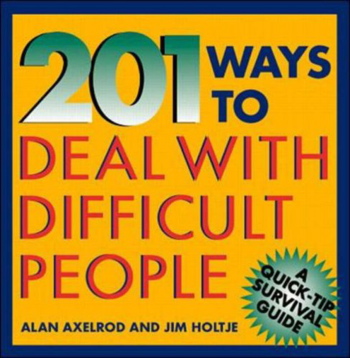 The things deranged people do to get your attention and love.

Out of  the New York Time’s Style’s section this weekend comes an interesting revelation that may have you suddenly empathizing with the office/school bully or hating his or her guts even more.

Out of 1,822 adults who are currently diagnosed with or have previously suffered from social anxiety disorder, one in five reported elevated aggression. According to one paper, (“The Darker Side of Social Anxiety: When Aggressive Impulsivity Prevails Over Shy Inhibition,”) published in Current Directions in Psychological Science, “For people with social anxiety, it may seem like a reasonable strategy to attack and reject other people before those people get a chance to do the same to them.” Bullies, it seems, are scared, too.

Which kind of makes sense. Why give someone half a chance to hate your guts when you can hate their guts first, never mind the fact that people still hate you one way or another.

But the study was able to find other parallels which have us already thinking about beating up the little kid down the street that even his parents can’t stand:

Bullies tended to divide their classmates into potential sources of affection and targets for domination. The latter were children who had already been rejected by kids the bullies cared about: They didn’t count. Interestingly, bullies cared only about the approval of classmates of the same sex. Boys pick on kids whom their male peers disdain, but couldn’t care less what the girls think. Similarly, mean girls disregard their male classmates’ opinions. “Bullies are very strategic in their behavior,” explains the lead author, René Veenstra. “They’re looking for attention and affection from their own peer group.” In other words, bullies want friends.

So bullies need love and friends, because what’s the point of being mean and a good old ‘prick’ unless at the end of the day there isn’t someone to validate your behavior. We’re certain to beat that little kid to a pulp tomorrow morning.

But worst of it’s all those fat kids. You lot have no chance in hell of ever been loved, because you physically remind the world and in particularly insecure people like bullies what they physically can’t stand about themselves.

Overweight children may be in for the worst of it. According to another recent study, obese children are likely to be bullied — regardless of gender, race, socioeconomic status or academic achievement. What’s more, earlier studies show that bullied obese kids experience more depression and anxiety. Could this explain the fat bully?

Could this describe the fat bully? No, just human nature we think.