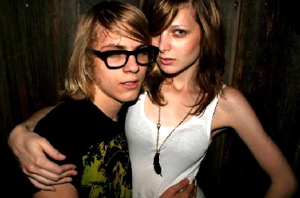 Faking it in Williamsburg.

Ever since the dawn of time, young people have always wanted to belong to a tribe. That said the latest tribe that more and more young people are aspiring to belong to is the one that negotiates itself in a little hamlet called Williamsburg. It’s called ‘hipster- dom,’ and as much as everyone dresses nearly the same, and has a tendency to say the same ironic things, not everyone belongs. Uncovering the faux hipsters.

10/ A real hipster will always come from money and despite the myth it’s ok to have a job to support yourself we don’t buy it and neither does a real hipster. So if you happen to have a job, consider yourself a fake.

9/ A real hipster will never initiate friendship with another potential hipster until they have at least come across each other at the same book store 15 times in a row, and even then they are still suspect. Preferred book titles include- anything by Charles Bukowksi and Gore Vidal’s Inventing a Nation: Washington, Adams, Jefferson.

7/ Fake hipsters only sniff coke, real hipsters free base it.

2/ Fake hipsters believe in the lies that they perpetuate, real hipsters don’t believe in anything.

1/ Fake hipsters eventually all want to eventually go and move to Paris or Berlin and live a supposed charmed artistic lifestyle where as real hipsters end up becoming bankers and gold diggers once they are over their phase.