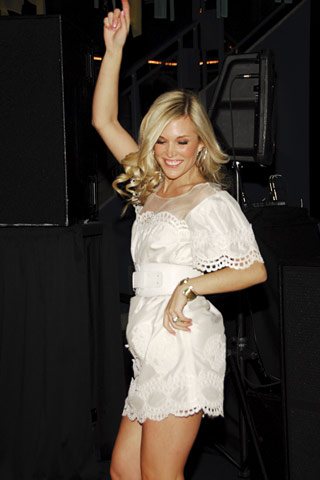 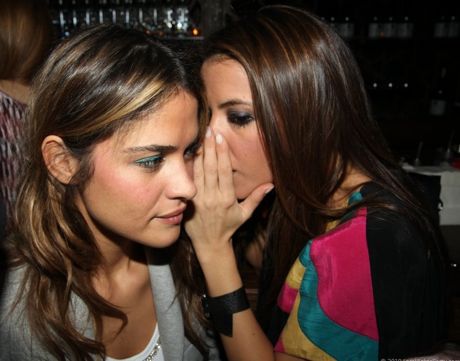 “Think what gets written up or how it gets written up is an arbitrary process? Think again kids…In these heady times called the tabloid lingua what counts is not what ideas or thoughts you compel your readers to think about but rather what image or pre packaged marketing campaign that you ultimately get to hustle them. The name of the game is to obliterate critical thinking and to get you to believe in the myths and the pretty cheek bones that make correct society. Of course this just doesn’t happen by itself, it’s a subtle process of amalgamating the correct team mates in the media circuit so that you can all pedal each others myths in perpetuity…after all this is America where hustling the right wet dream is what gets the whole world off.”

That said have a read of Chistopher London’s hilarious take on the whole tabloid mess and if the names Gawker and Guest of a Guest amongst other media neanderthals pass for a passing resemblance to the mess described then all we can advise is that you quickly walk the other way.”

“A cultural re-awakening and re-enlightenment is what is needed in New York City. Andy Warhol is dead and the Studio 54 crowd that continues to have a lock on New York Nightlife and whom or what gets promoted and written about, needs to go the same route and step aside or get more creative for our culture to evolve.   Or in the words of Ayn Rand ”Every aspect of Western culture needs a new code of ethics – a rational ethics – as a precondition of rebirth.”-—

Christopher London, January 2009 in The End of Social Life

Yes, Virginia there is a Santa Claus and also a bit of a “Social Mafia” so to speak in NYC. Truth be told there are corridors where only certain scribes or photographers are made to feel welcome, while others are made to feel less significant, their presence or coverage less desired. But often it has nothing to do with the quality of your prose, the images you take, the style of your blog or its readership.

When I wrote about The End of Social Life in New York City more than a year ago I was summarily dismissed by Cityfile with the snarky comment: “Sounds like someone needs to hit a benefit tonight and have a drink!”