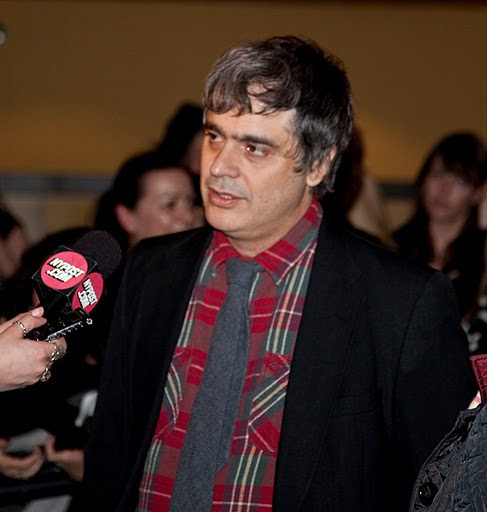 Last night Michael Cera entertained us at the premiere of his new film “Youth in Revolt”.

In not having read the book I had no pre conceived notion going into the film, unlike the rest of the audience, I just knew the equation of the star quality cast equaled a good time. The film was the mark of Cera’s first role outside of his awkward, deadpan self. He played two characters, one being his evil alter ego who rocked a creepy ironic mustache, which brings us to the questions of the evening.

I asked Cera if he was “for or against ironic facial hair?”

“I think whatever people want to do they can do”

He then excitedly responded to me asking if we would ever be blessed to witness him growing some fur un his top lip, “If the mood felt right, yeah, probably un-ironic would be better”.

So you heard it hear folks, Michael Cera has no intention of being ironic; you can all sleep well tonight. Cera’s typical arm candy Charlene Yi was not in attendance rather she was replaced by fellow dead pan actress Aubrey Plaza. You would be able to cut the sarcasm with a knife during their dinner date, whoever breaks into laughter first, loses.

I questioned Cera if he had a choice to do any other book-to-movie, aside from this one of course, what would it be and why. He proclaimed “I really liked ‘Ask the Dusk’, but they did that movie already with Colin Farrell.” Standard rule of thumb for a remake is ten years, “Remake of the remake? Yeah, totally”. I love him.

I was reunited with my friend Chaske Spencer who plays Sam Uley from the Twilight Saga: New Moon (have you heard of it?). Being a good three months since I last saw him, pre-vampire flick, he informed me just how crazy his life has gotten since.

“A girl recently fainted on me. I didn’t catch her, I wanted to help! They felt it would be better if I stayed away though. Crazy man, she looked at me, her eyes rolled in the back of her head and the next thing I saw was her head bounce against the floor”. Chaske did get to escape the madness that has become his life over the holiday season, “I hung out with my family and loved playing with my niece, it was great”. Unfortunately Chaske isn’t up with the Scallywag lingo and gave me a blank stare when I asked if he was for or against ironic facial hair. After explaining he laughed and said “Totally! That is if I was able to grow it…”