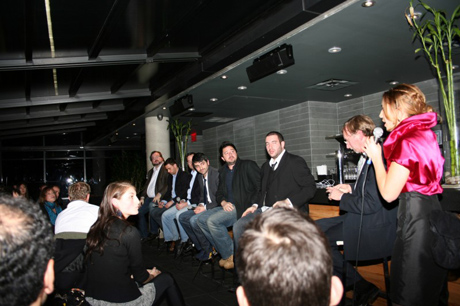 So how does a film actually get made, who decides where it gets distributed and even more importantly who comes up with the money once everyone decides what to make in the first place? These were some of the questions posed, deliberated and thoughtfully answered this past Tuesday evening at  ‘The Filmmaker Panel and Press Conference event as presented and moderated by Sally Golan’s production company Social Exposure Media which hosts monthly salon meetings to discuss high minded concepts in film and the arts.

Finding myself at the Thompson Hotel on the Lower East side I was intrigued at the gamut of audience that had arrived for this treatise, more telling though was the invited panel who would spend the next hour and a half collectively captivating us. The invited panel (see list below) were all selected from the indie film scene which at first hinted at obscure non commercial films, the truth of course was quite the opposite. As moderated by Jerome Stoeffhaas of the New York State Film Department it was heady discussion almost from the get go.
Invited panel list;
ALEX MERKIN – DIRECTOR – ACROSS THE HALLJONATHAN SHUKAT – PRODUCER – PALMSTAR ENTERTAINMENTTOM HELLER – EXECUTIVE PRODUCER – PRECIOUS: BASED ON THE NOVEL “PUSH”JESSE SCOLARO- PRODUCER – THE MISSING PERSONBRIAN DEVINE – PRODUCER – GIGANTIC PICTURESCHRISTOPHER HORTON -HEAD OF AQUISITIONS – CINETIC RIGHTS MANAGEMENTJEROME STOEFFHAAS – PANEL MODERATOR – NY STATE FILM OFFICE. 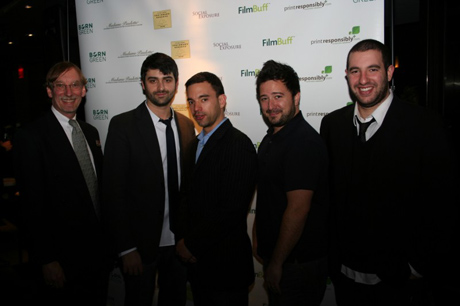 One of the ideas espoused was that in todays crowded market there was a need for more viable content for the newer sources coming being sourced- in one word it’s all come down to digital and it seems the life of the theater is certainly being challenged as new viewing forums are being conceived, developed and lassoed into the distribution aspect of showcasing films. This of course is good news for independent film makers as they don’t necessarily have to wait or hope to win indie festivals(although that always go a long way…) but now have the option of going straight to digital (such as Apple’s I-Tunes upcoming video department), cable and the overseas market.
Not to get too technical it came down to the idea that you now had distribution companies taking exclusive rights and producers vice to versa having more control on the back end- a relationship that for the longest time has existed the other way round…
I listened to tales of how an unknown director (Alex Merkin) directing indie video clips for underground bands was being accidentally discovered and by his sheer wit buying his airplane ticket to Hollywood, Los Angeles to meet with producers who thought he was working down the road. From there he got a short film made starring Adrien Greneir that would help propel his career forward. 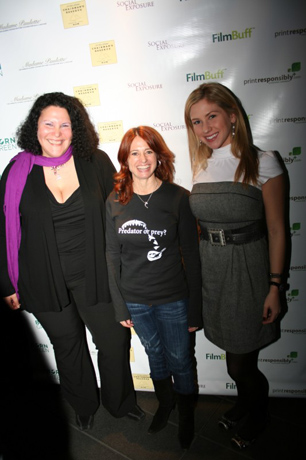 Then the discussion catapulted back to Brian Devine who then spoke of what it actually took to get investors on board. A good story, yes, a star and what was that stars net worth or in other words how many tickets would that star bank but more importantly what type of well conceived economic plan could you come up with to show possible investors- after all they were the ones ultimately taking the economic risks of a production. What is the project worth, what does it cost and how much could one bank on international and domestic sales.
Raising money it seemed sometimes came to close personal relationships or placing a carefully considered cold call and pitching the movie idea. This is in fact how the film ‘Precious’ as produced by Tom Heller actually got made- not some studio signing off in some swanky lounge. Not an easy feat for an admittedly dark film which ultimately speaks of some hard truths and personal redemption. 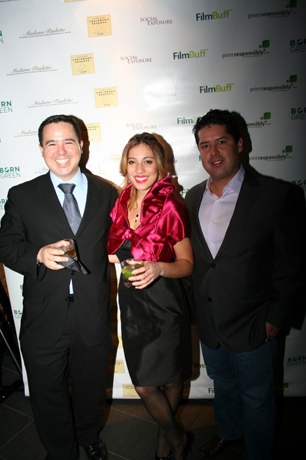 While negotiating the guests I had the good fortune of talking with Ms. Sally Golan (who after months of emails we had finally met…) who brought a big smile to my face that her next acting/film project will involve the TV pilot- ‘Shitty advice for a dollar.” Silly, brilliant, time shall see- (it’s apparently going to be a single wide shot for 30 minutes at unfolding action) – but when Ms. Golan suddenly countered that this scallywag should get involved it suddenly made me realize that the terrain of making films and the media and distribution of those projects is certainly changing in a very digital world.
A very provocative evening and a clever thing for Ms. Sally Golan to have pulled off. I expect more of her in the future…
Also benefiting that evening was  Shark Savers.org, an organization dedicated to ending the cruel shark hunts in Asia. 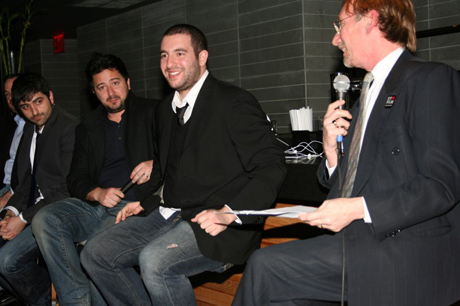