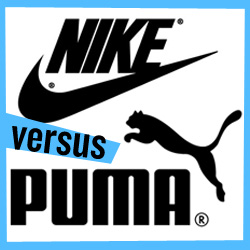 With endorsement deals dropping like flies left and right of Tiger Woods, there is one sponsor that is standing by their man. Phil Knight, the chairman and co-founder of Nike, asserts that Woods’ sloppy adulterous exploits are “minor blips” in his otherwise successful career. PerezHilton.com continues on to report that Knight “insists that when the time comes to look back at Tiger’s accomplishments, no one will really remember all his shenanigans.” Isn’t Knight aware that nowadays, we as a society have discovered the power we hold that overrides the influence of celebrity? Why would we choose to fawn over the success of a celebrity we secretly envy, when we can cause their downfall? Moreover, in ethical talk, will people really want to support a brand whose poster boy symbolizes betrayal and treachery? Well, then again, what can you really expect from a brand whose slogan is “Just Do It”?

In the midst of it all, Elin Nordegren is silently but surely getting her vengeance. If step one of shaking Tiger’s money tree for all it’s worth tasted bittersweet, the next step on the staircase to victory is going to taste a whole lot sweeter. Puma, one of the archrivals of Nike, has confirmed that they are in “internal discussions” with Elin to make her their new spokesperson. Nordegren’s side hasn’t issued a statement on whether or not she is considering the deal, however, if signed on, she will represent the new Swedish-inspired clothing line from Puma called ‘Tretorn.’ An insider at Puma adds that Elin would make “a good brand fit” (which when translated would mean: an ingenious marketing ploy to be seen as the good guys”). Oh-em-gee, this scandalous saga has become a real-life soap opera. Let’s all eagerly cross our fingers in hopes that Elin takes the Puma deal, and bestows upon us an even more juicy and interesting episode of the Tiger and Elin Show.