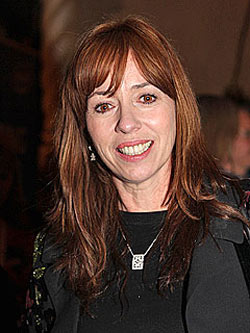 When the pain (opportunity) finally resurfaces…

Just in time for Mackenzie Philips newest book launch – ‘High on Arrival,’ this morning the general media is making the latest rounds on indiscreet behavior and well being- that said it set its sights on Mackenzie Philips who decided to put away her secret stash of drugs to come and reveal why she does so many drugs in the first place. The disturbing bombshell kids is that she used to have sex with dad and today she wants you to know that and maybe by sharing this openly with you she might cure her demons and who knows reignite her career which hasn’t gone anywhere in a decade.’

Says the traumatized Philips according to People-

“On the eve of my wedding, my father showed up, determined to stop it,” writes Phillips, who was 19 at the time, in a new book. “I had tons of pills, and Dad had tons of everything too. Eventually I passed out on Dad’s bed. My father was not a man with boundaries. He was full of love, and he was sick with drugs. I woke up that night from a blackout to find myself having sex with my own father.” In 1980, she went to rehab with her father. By that point, her sexual relationship with him had become consensual.

See guys and we were all worried. The sex was consensual, boozy and full of drugs and now Mackenzie (the lovechild of John Philips of the Mamas and the Papas) is just a little surprised and shocked that she survived this torrid period of her life 30 years ago. So are we.

MACKENZIE, in any respect we hope your new book ‘High on Arrival’ becomes a sell out because you sure have.

Mackenzie Phillips: I Slept with My Own Father