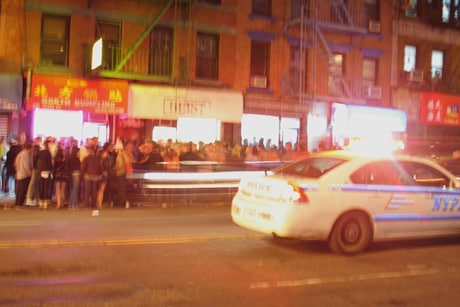 The thing with Liz Magic Laser is she doesn’t like banks, which is ironic because she’s in our opinion going to be banking quite a bit going forward. When we say doesn’t like banking what we ought to say what intrigues and best informs her work is the negating duality that banking in of itself represents. On one hand, a bank’s vestibules and adjoining ATM machines serve to offer us money, sustenance but at the same time alienates us, debilitates us and forces us into a surrogate relationship where ultimately machine have ultimate control over us when it was originally meant to be the other way.

Exploring the themes of alienation, disenfranchisement, and the impersonal dialogue so often prevalent in our very public spaces Liz Laser uses the medium of video and an ardent homage to Bertol Brecht to bring poignancy and a kind of perverse hysteria. Not that being broke or being able to make sense of the corporate and technical infrastructure is a particular laughing matter… 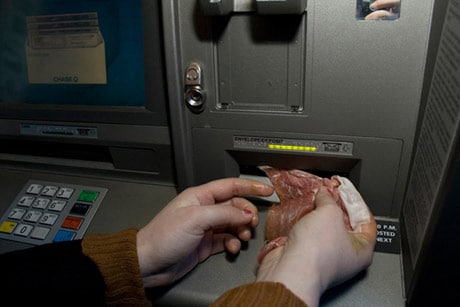 Bringing velocity to the charged theme of misplaced trust and the often superficial and transitory relationships our banks so often provide (like most TV ‘reality’ shows, media, politicians, health care system provides) Liz Laser forces our hand by subjecting us to absurdist drama (trying to shove prosciotto up an ATM, or literally trying to argue with and demand that it return our money) and the notion as absurd as this may all be- it is actually so often based in our daily existences in increasing tirades.

Moving forward with her one woman video show- Automatic (2007), Magic was fortunate to meet  British director James Dacre who inspired her to superimpose her themes of the unyielding nature of machines and the ‘system’ in a public arena in context to Bertolt Brecht (the famed German playwright who explored utilitarian themes in his native Germany during the NAZI uprising) polarizing play “Man equals man.” 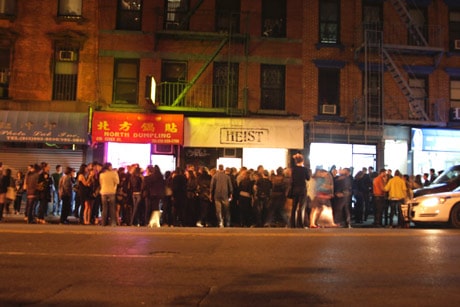 Working with a collective of actors which includes – Annika Boras, Andra Eggleston, Gary Lai, Liz Micek, Justin Sayre, Doug Walter, Michael Wiener, Max Woertendyke and Cat Yezbak, ( as well costume styling by Felicia Garcia-Rivera and a program pamphlet designed by Lauren Adolfsen) Liz Magic was able to create the video montage ‘Chase.’ (ironic in that it is the name of a banking institution and it is in essence what one is doing when dealing with an invisible Neolithic machine/system which exists to frustrate, distract, isolate and essentially bankrupt you both financially and morally).

With society’s folly for ‘cold cash,’ the promise of super returns and the resultant crises in the general default such system has put into place, one is obliged to wonder how prescient Liz Magic is in exploring these things and as we stated ironically destined herself to be in the money as a consequence.

Liz Magic’s work can currently be seen at the wonderful Heist Gallery until July 12th, 2009.