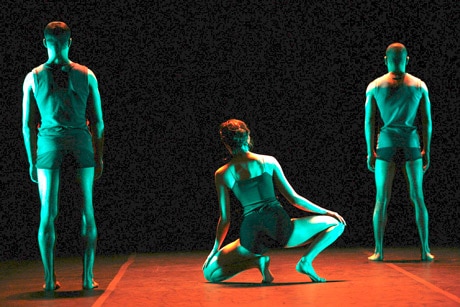 Curtain rises, absolute stillness. Women are in a deep knee bend in front of men, statis dripping in the air between them (and us, the audience). Waiting, waiting. An audience member coughs. Another. We are holding our breath. And then the women break, the unison is so complete and swift that if you blinked you missed it. The movement continues in silence.

The Batsheva Dance Company performance of Max choreographed by Ohad Naharin at the Brooklyn Academy of Music until this recent Saturday night had us mesmerized. It was an exploration of language, and of movement. Specifically, how does movement speaks to us? What does it say? One answer is gaga, the name of Naharin’s movement language. Max is a play between silence, music, words; stillness, gestures, movement.

Naharin’s contemporary movement vocabulary is phenomenal. He explores the peculiarity of the dancers’ individuality and incredible aptitude. Movement is irregular, expressive, technical, and animalistic. He has accomplished a rare feat, to create a new language in contemporary dance. How has he done this? When asked what is important to him, he says “Love, forgiveness, and the joy of movement; dance which means going beyond limits.” He works and inverts the body in fantastic ways with his gaga sensibility. Also, he is choreographing on the Batsheva Dance Company; an institution in Israel with solid financial support, a second company, and a school. These skillful dancers are trained through the program and with money in a company there is time for intense research and rehearsal.

While on the topic of government, I will mention the pro-Palestinian protesters outside BAM before the start of the show. Inevitably, art and politics are linked. Despite your political predisposition, the power of Batsheva’s art is undeniable. Their exploration of humanness is part of the solution, not the problem. 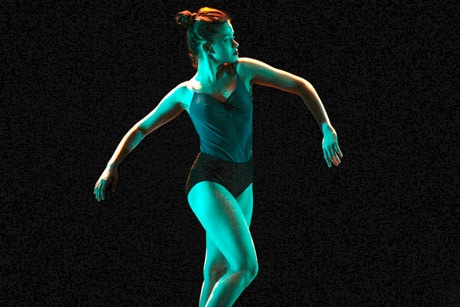 Max is a series of vignettes with two major acts. The first act goes from silence to music and the second from sounds to words. Vignettes progress with certain boundaries that the audience comes to perceive as the norm. Naharin explains, “Dance is an illusion. I distort reality in order to create my own world. I don’t want to reflect the reality around me.” He creates mini-worlds defined by a choreographic structure. Relationships are explored between man and woman, self and sexuality, individual and group. One section embodies a person’s struggle with him/herself and the world; the group is spread out and dancers take turns with thrashing solos. The group runs stage right then veers back to the center to continue the possessed solos. We are in fact watching  a classic dramaturgical cycle  of life…of foreboding, anguish and culmination.

Transitions between the vignettes are masterful; in the transition, the norm is broken. If it was three men, a woman enters, or if it was tightly rhythmical, it becomes arrhythmic. The audience lurches and is drawn in whether or not we wish to be. It is the feeling in your stomach of an elevator dropping. You are pulled in and… held. Then the lights fade, a new scene begins, and you are left with an amorphous feeling that something powerful just happened.  Naharin is a tease as he sets up these worlds, pulls us in during the brief transition, and then drops it to start at the beginning with another world. I want him to stay in the transitions, to go further with the breaking of his microcosmic norms.

After the first act I thought he was about to blow my conception of modern dance. That he would sit in the transitions, make the dancers human, break the form. Do something unimaginable. In Shalosh (Three) which I saw in 2006 in Seattle, he treaded and crossed this line. Subtly, but undeniably. I thought Max was going to go further and put my idea of dance in upheaval.

He didn’t quite go there. But he took me to the point where I thought it possible.

Please Ohad, take us there next time. If not you, who will?