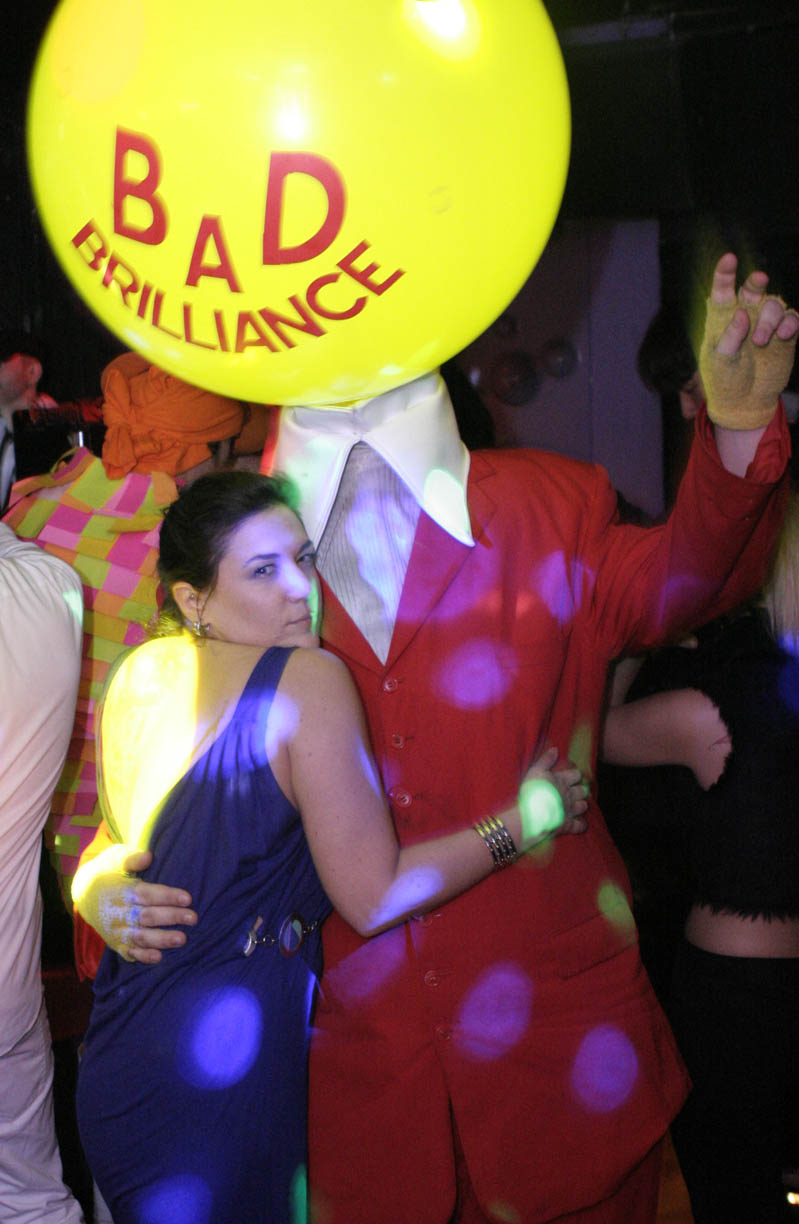 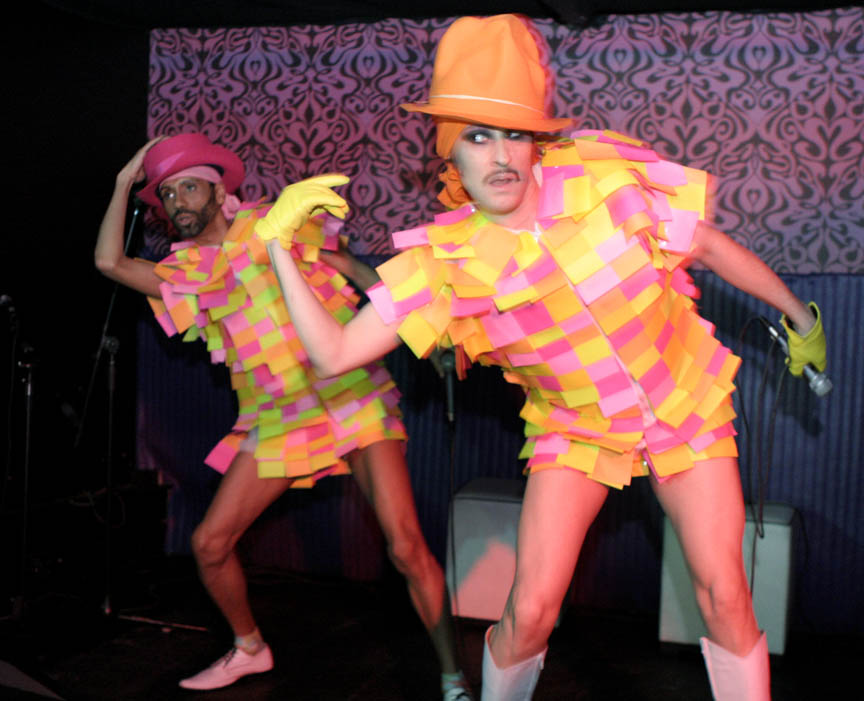 The ONES. Photography by Mark Reay.

There is nothing that could have prepared me for the fantastic freak show that was Mel’s World. Hosted last Thursday night by Austrian party princess, Mel Merio, at the hip West Village hideout, Le Royale, the party’s indie-electro pulse, pink and purple patterned walls and beyond-bizarre performers were the sensory equivalent of a psychedelic acid trip. 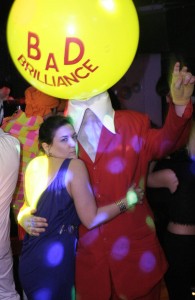 I’m not sure what I expected to find after walking into Mel’s menagerie of subculture phenomena, but the thought of bumping into a 7-foot tall balloon-headed beast in a fire engine red suit did not cross my mind. Delightfully disturbing, Bad Brilliance (aka Andrew Strosser), a “conceptual” electronic DJ, was tearing up the dimly lit dance floor with his bulbous yellow head and wacky 80’s-esque costume.

Off the stage, the charismatic oddity was an undeniable crowd favorite, but his onstage antics left mucht to be desired. Usually a master of dance-tastic electro beats, Bad Brilliance took an experimental leap that was, unfortunately, more bad than brilliant.

Echoing nonsensical babble into a pair of microphones, the DJ was joined by three gyrating backup dancers in red lamé hot shorts, shimmering leopard fanny-packs and itty-bitty sequined tube tops.  Thrusting their arms to what sounded like the mind numbing pump-up music played at large-scale sporting events, the energetic trio seemed out of place in the all-around confusing performance.

THE ONES, however, where another story. Presented by the fetishistic master of surreal ceremonies, Jun Nakayama, divas Jojo Americo and Paul Alexander, stole the show with their signature sass. The gender bending duo strutted across the stage in neon-post-it note mini dresses and dapper pink and orange hats while belting out the harmonies of techno “boy you’ve done me wrong” manifestos. 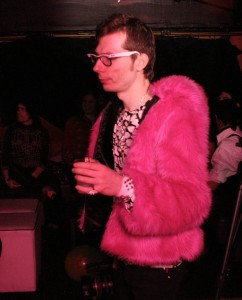 I was wildly out of place at Thursday’s techno circus. My polka dot cocktail dress, cropped leather jacket and black ankle boots couldn’t compare with the feather boas, top hats and hot-pink fur coats of the performers and their guests. But, for a moment, I was able to dance inside their unreal world of fabulous faux pas and socially unaccepted pleasures. And I have to say, it was an unexpected delight. 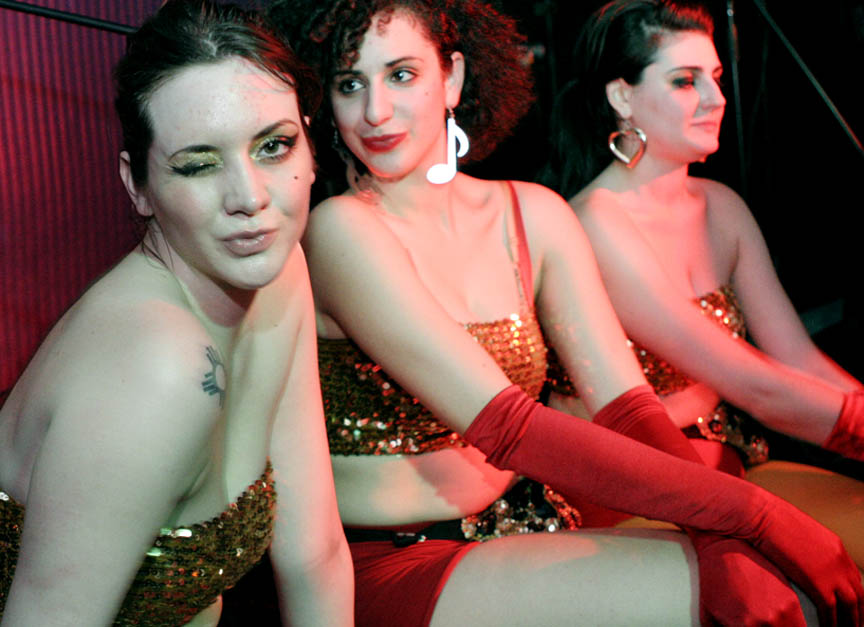