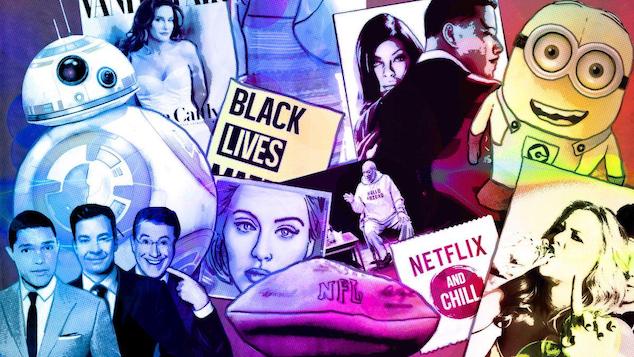 Pop Culture: Understanding how popular themes make their way through art, fashion, television, the media and reflect society’s sense of self or lack of.

The ‘popular culture’ concept has been a crucial part of our daily lives for ages. The concept characterizes today’s world as a consumer society, where even timeless material like literature, technology, or art is created based on commerce.

Currently, there is a stereotype that such products neither possess high-moral nor high-quality standards. Generally, it is assumed that the culture does not lead to new things. Instead, it is presumed to make high-culture things simpler, creating them in forms that are ideal for mass consumption. But what has kept its demand high over the decades?

Concerning modern slang, it is mainstream. This culture is significantly popular with high demand among a vast number of consumers. The culture is also understandable, and anyone can access it, whether it has been expressed through fashion, art, athletics, literature, lifestyle, showbiz, or even by essay writers. Notably, everyone plays a role in its development, considering it does not require any special skills or knowledge.

We all make our contributions through mobile gadgets, social networking sites, and by creating new products or improving existing ones. This explains why the culture spreads fast, overcoming any geographic conventionality to grab the attention of vast sectors within the populations. Notably, pop culture is purely commercial, aimed at earning maximum returns. The media plays a major role in the influence and distribution of pop culture.

The culture has several benefits that bind communities of diverse individuals and setbacks that can impact society.

Here are the pros:

Thanks to commercialization, the culture is orthodox, and any person with access to media can use it. Commerce has also made it the ideal way in which individuals and companies incorporate concepts or ideas to present situations and issues within society. Consequently, it has grown to become an influential element for business growth and social development.

It’s Based on High-Culture Commodities

This controversial benefit leads to increased prestige of this mainstream that is newly established. Furthermore, it awakens consumers’ interests in works of art that were previously unpopular, which form the novel high culture. The contentious question, however, is whether this high culture ends up losing its elite status after integration with popular culture.

Most likely, it will not. Anything that has been created under this patronage and recognized through generations remains to be an unshakable masterpiece.

Pop culture covers entire segments of the population across different areas or walks of life. It erases any boundaries (from national to ethnic, to social, to geographic) and promotes a sense of unity within the vast world populations. Be it literature, television, or music, everyone communicates in a particular language. The only thing left to do is choose from all that we know while enjoying free access to this culture.

Pop culture is also beneficial as it enables people to understand the dynamic human emotions or activities, thus establishing lasting relationships to increase its influence. Television series, for instance, introduce or include popular culture symbols so that audiences can relate to their episodes.

Popular culture also has several setbacks that promote it as the true representation of vanity in modern society. Here are some of the minuses of pop culture:

Mass culture producers rely on the currently experienced societal mood to establish commodities and services that address the needs of the moment. Although its demand remains high, some people will still come up with original, worthwhile products. This may be due to the desire to develop something better or just as a form of protest. Consequently, this could end up as a very different culture aimed at developing society while also establishing a new high culture.