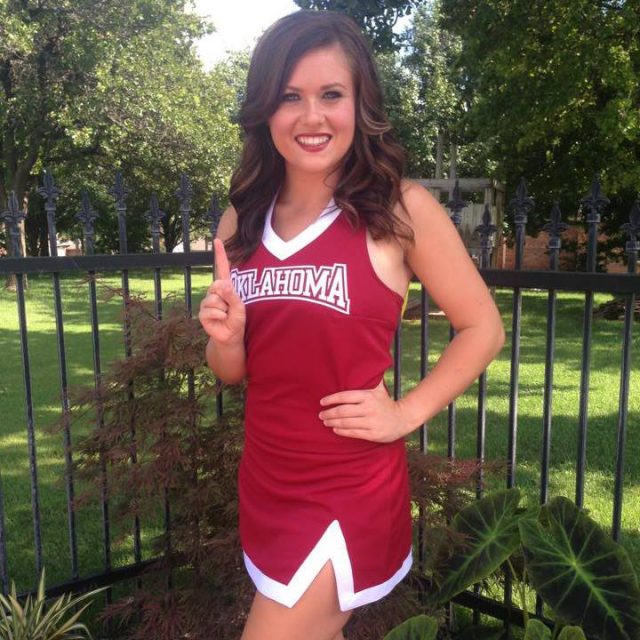 According to a report via KOKH, Madison Parker, 23 was caught after soliciting an undercover officer for sex, according to a probable cause affidavit filed in Oklahoma City.

The officer arranged a meeting with Parker at a local hotel after connecting on Backpage.com. Parker allegedly offered sex in exchange for $200.

After vice detectives arrived on the premises to take Parker into custody, Parker attempted to toss several cellphones into the toilet. Marijuana and a green substance, which contained a strong odor believed to be codeine, also were discovered in the room.

When former @UofOklahoma cheerleader Micah Parker was busted for prostitution, she was already wanted on probation violations. pic.twitter.com/9gIfRGfWJe

Through social media exchanges and calls from jail, authorities deduced that Lawrence Moore, 22, allegedly was involved in the prostitution of Parker. The man also believed to be Moore’s boyfriend was arrested after attempting to pick up her car from the hotel.

Parker, the daughter of Oklahoma’s cheerleading coach, has had several run-ins with the law in recent years. She is currently on probation stemming from a 2015 guilty plea to DUI and driving under suspension, per The Lostogle.com. Parker was also wanted following probation violations, according to JohnTV.

Moore a defensive back played in 13 games for OU during the 2013 season, before deciding to transfer. He appeared in two games in his lone season before being dismissed in early 2014.

UNCONFIRMED – I’m being told this is the Backpage ad, Micah Parker, a former @UofOklahoma cheerleader used that led to her arrest. pic.twitter.com/mV4KVRRQvh