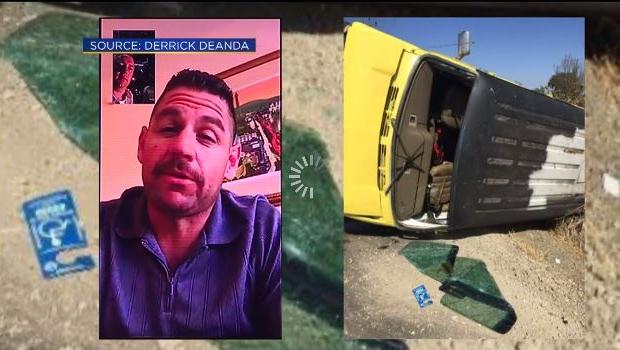 How did Derrick Deanda a Good Samaritan come to be stuck with a $143 bill after helping saved the lives of a trapped family and receiving a bottle of water?

Derrick Deanda has told of his shock since being billed $143 by responding paramedics after being doled out a bottle of water and having his pulse checked after saving the lives of a father and his three kids trapped in a car wreck.

The Good Samaritan was driving past the car wreck in Elk Grove, California, in September 2015 when he pulled over and saw a man standing in an overturned vehicle holding a two year old child.

Deanda then smashed a window to check if everyone was OK, but suffered a small cut in the process.

When paramedics arrived, they checked him over after attending to those inside the car.

But months later Cosumnes Community Services sent him the bill for the ‘first responders fee’.

Told a shocked Derrick Deanda via CBS Sacramento: ‘I mean why would I want to stop to help somebody if I’m going to get a bill for $150?’ 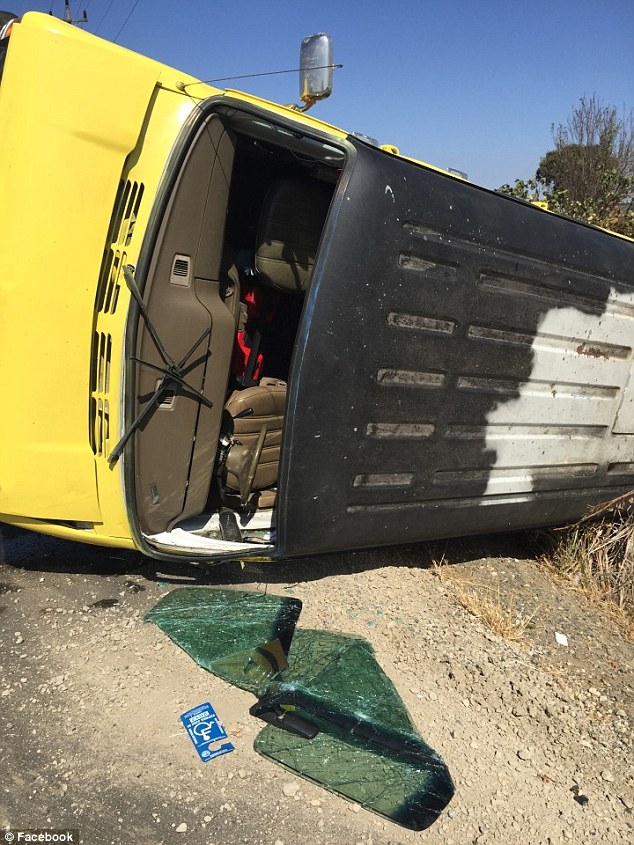 In turn, Deanda took to Facebook, where he posted a picture of the bill along with a photo of the crashed van, where he argued his case of how the $150 first-responder fee is deterring people from helping those in need.

‘So I guess this is how Good Samaritans are treated when they stop at an accident scene to help somebody,’ he wrote.

Adding: ‘I asked the paramedics for a bottle of water to clean my hand off because I had a small scrape on my hand they ask me questions and they consider that an assessment on me.

‘They asked me for my name and information so I give it to him. Then a couple months later I get a bill for $143 for a bottle of water?’

‘Makes you wonder why people don’t want to stop to help at an accident scene. All I can say is the look on the man’s face when I was able to break that windshield and get him and his kids out of that vehicle was all the thanks I needed.

Told the deputy chief: ‘We’re obligated to provide the same level of service, the same billing the same everything, for every patient we encounter.’

He said Deanda technically became a patient when he suffered the cut.

‘This is truly a unique situation,‘ he said. ‘In my 28 years, this is my first time I’ve run into a situation similar to this.’

The district began implementing the fee two years ago in a move it says prevents fire station brownouts.

But in this case, McLaughlin says he’d like to see the fee waived.

Deanda plans to appeal and hopes the matter is resolved before it goes to collections. Or continues to make the media rounds …. 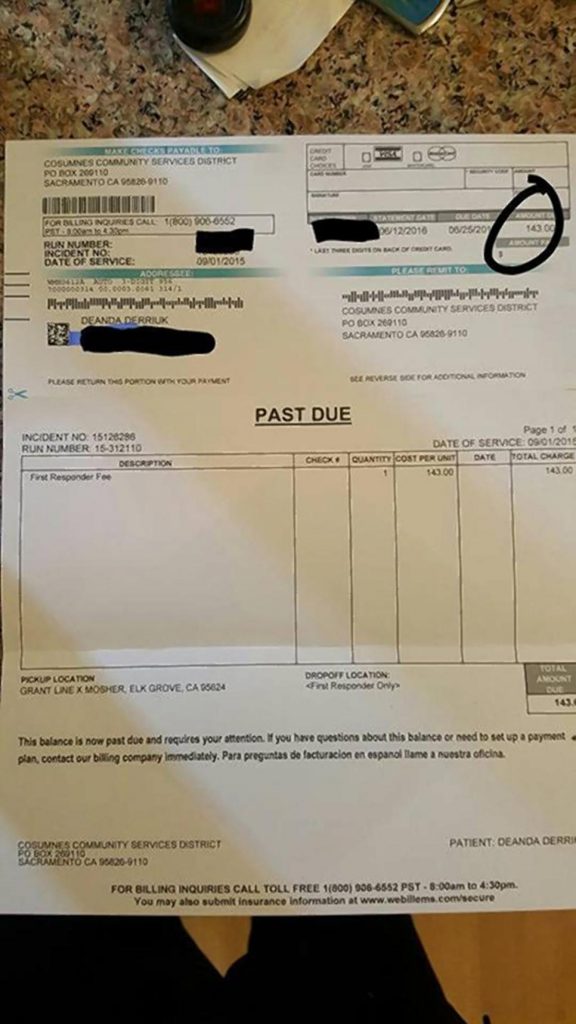