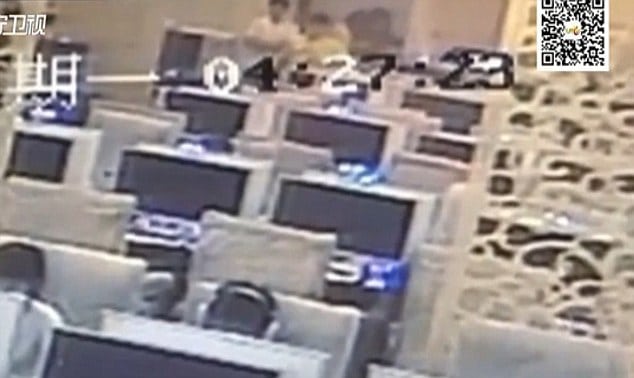 A Chinese woman shocked internet cafe users in the early hours of Monday morning after she secretly gave birth in a restroom stall before then returning to her seat with her newly born baby and blood dripping from the child’s still attached umbilical cord.

According to a report via the People’s Daily Online a cleaner came across Xiao Li, 24 after she had given birth at a 24/7 internet cafe in the city of Nanchang, Jiangxi province.

As the cleaning lady rushed to call an ambulance the new mother shocked customers and fellow staff as she matter of fact returned to her seat with her newly born child and began to once again surf the web.

Told the cleaning lady via a local station: ‘There was a lot of blood. It totally blocked the toilet. She initially just stood there shaking and covered in blood but then she sat down and continued surfing.’

She said she tried to wipe the blood off Ms Li, but she refused her help.

CCTV footage from the internet cafe shows the mother coming out of the toilets at the top of the frame.

When the paramedics arrived, the new mother refused to be carried out in a stretcher, choosing instead to walk to the ambulance herself.

Questioned the woman told how she had previously left home because of a family dispute.

However, she was actually on her way home in Shandong province when she stopped off in Nanchang in search of a hotel room.

Robbed by a pickpocket the woman would instead go to an all night internet cafe as she no longer had enough money.

Reiterated Xiao Li: ‘I was on the bus on my way home.

Speaking about her ex-boyfriend, who is the baby’s father, she said: ‘The father is from Shandong and he works in Jiangsu.

‘When I was two months pregnant I took my former boyfriend to see my parents but I felt he didn’t really want to be with me.’

As she did not have the money to pay for medical treatment, the hospital covered the cost for her. Nurses also provided her with food and clean clothes.

The new mother says her ex-boyfriend and family will visit her in hospital and help her to come up with a plan for the future. 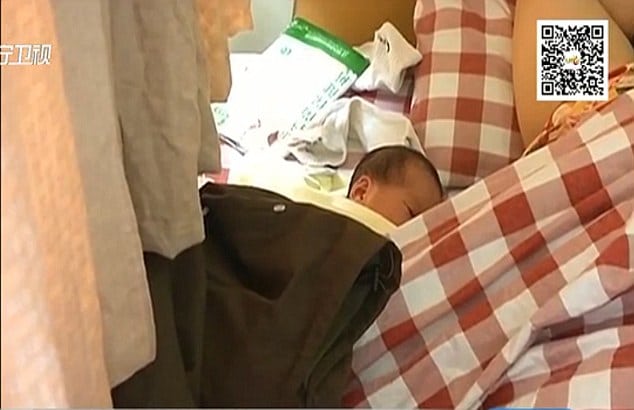 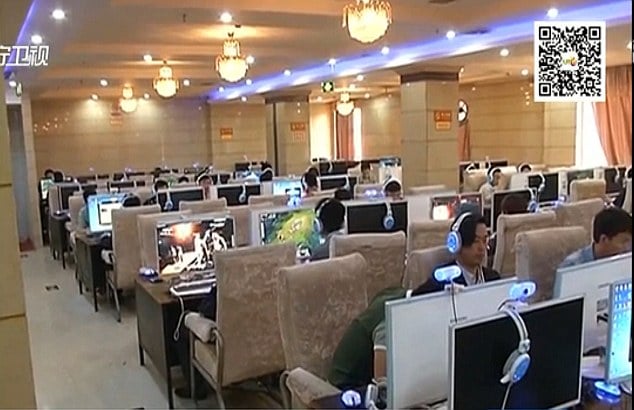